This is my second bake using the method I described in my last bake of 100% whole wheat.  In short, I sift out the larger flakes of bran with a #40 sieve, that bran gets scalded and allowed to cool in the fridge overnight while the levain ferments.  In the morning the dough is mixed and the gluten is developed before adding the bran.  The major difference with this bake is that I increased the hydration to 90%.  Despite that I believe that this flour could still take even more which I’ll do next time. 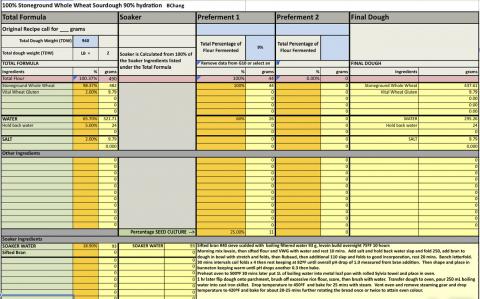 After the bran is added through a series of stretch and folds in the bowl, the dough was given an additional 100 slap and folds to ensure that the brans is well distributed.  The pH at this point was 5.51.

Target pH drop of 1.0 for shaping and an additional 0.3 pH drop for baking.  Because I found the dough challenging to score and I wanted to try something different with the crust when the dough reached 4.22 and had a rise of 59% I placed the dough in the freezer for 20 mins and then 10 mins in the fridge.  By the time the dough came out of the fridge the pH had fallen past the target 1.3 pH drop and had fallen all the way down between 4.1-4.15.  The pH meter had a difficult time locking into a reading likely because of the varying temperature of the dough the exterior being colder and then warmer the deeper into the dough.

So I wanted to do a decorative dark crust, something I’ve seen on IG by Aggie of @aggie.chronicles. Essentially it is a simple but slightly messy method of applying dark cocoa to the crust.  After the dough is turned out of the banneton onto parchment the rice flour is brushed off.  Next the dough is misted with water.  Then dark cocoa is sprinkled on the dough trying to fully cover the dough.  Any Excess cocoa is dusted off.  Next the the cocoa layer is misted again with water and then rubbed into the surface.  The coating should be a thin paste.  Finally score as you like then bake. 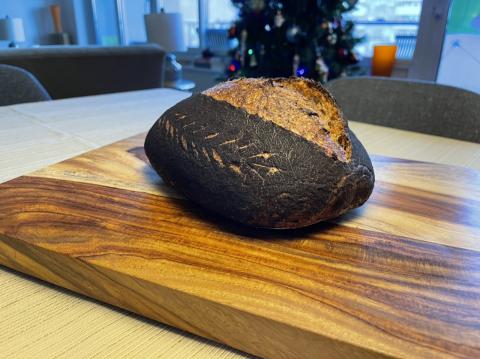 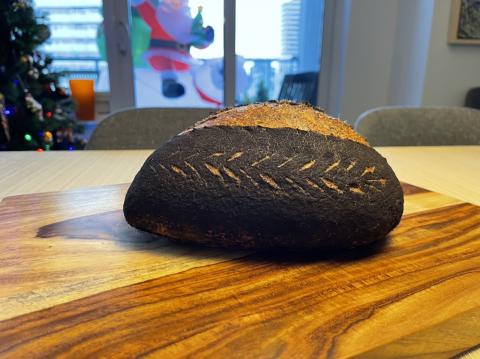 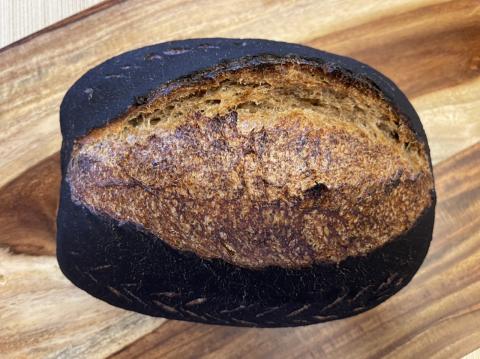 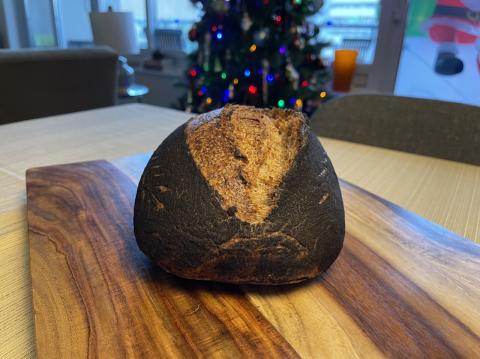 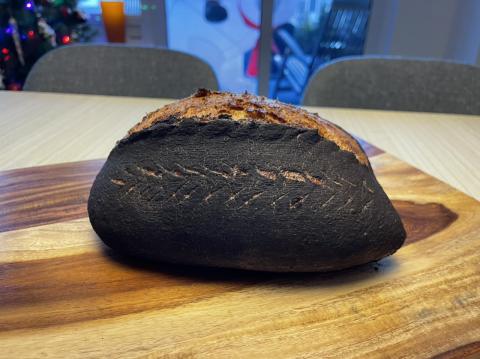 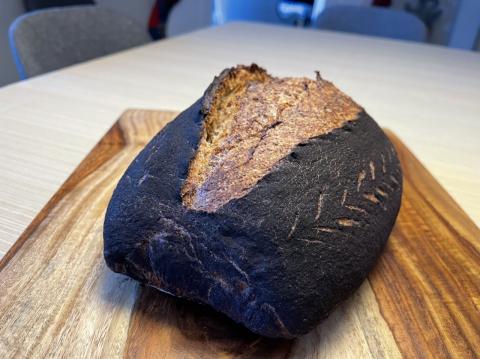