For this loaf I wanted to try sifting out the larger bran flakes.  I finally purchased a #40 sieve.  Taking all the flour, I sifted it through the #40 sieve extracting about 46.5 g of large course bran flakes from 492 g of the stoneground organic whole wheat flour.  I intended on scalding the bran, but made an error adding an equal part by weight of room temperature water then remembering that I wanted to scald so added the second equal part by weight boiled water.  The bran was mixed to ensure it was fully hydrated and then cooled overnight in the fridge to avoid any microbial activity.

The stiff levain was built and left to ferment overnight at 74ºF.

The next morning the pH of the levain was 4.17 and was then broken down in water, then the sifted flour was added for a fermentolyse.  After 10 mins of rest I started gluten development with slap and folds then gradually added the hold back water in several aliquots using Rubaud to fully incorporate the water well.  During the addition of the second aliquot of water the salt was added.  In total at this point 250 slap and folds were done to develop the gluten in anticipation of the bran interfering with the gluten sheets.  After a rest of 20 mins the hydrated bran was added through a series of stretch and folds in the bowl followed by slap and folds until the bran well well incorporated.  The pH was 5.55 at this point.

A pH drop of 1.0 was targeted for shaping

Warm final proof done targeting a pH drop of a further 0.3 at which time baking was started.

Pre-heat oven with cast iron skillet in the oven and set up for open steam baking in anticipation of pH targeted baking.

30 mins prior to baking, pour 1 L of boiling water into metal loaf pan with Sylvia towel and place on baking steel on the lowest rack of the oven.

Once oven reaches 500ºF turn dough out of banneton, brush excess rice flour off, score and then brush with water.  Transfer to oven.  Pour 250 mL of boiling water into the cast iron skillet on a high shelf, high enough that the dough have fully bloom.  Drop temperature to 450ºF and bake with steam for 25 mins.  Then vent oven and remove all steaming gear and drop temperature to 425ºF.  Bake for another 25-30 mins rotating as needed. 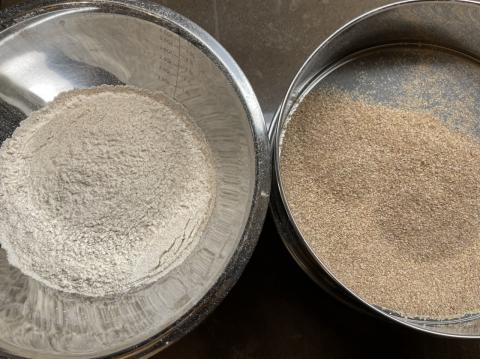 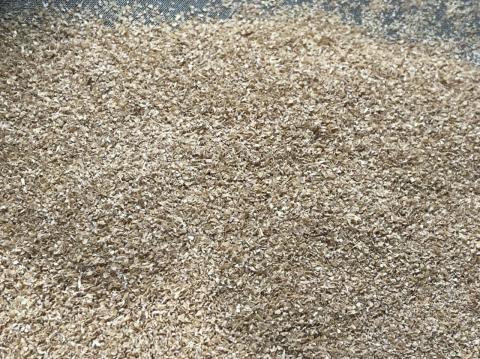 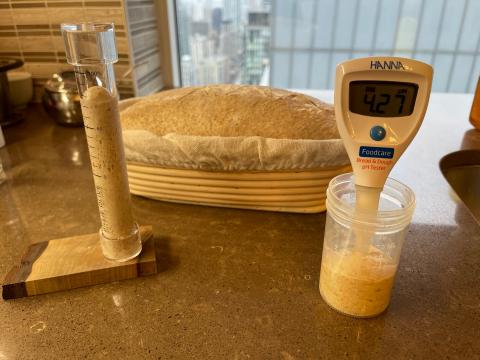 As you can see from the aliquot jar, this dough had about 75% rise at the time of baking. 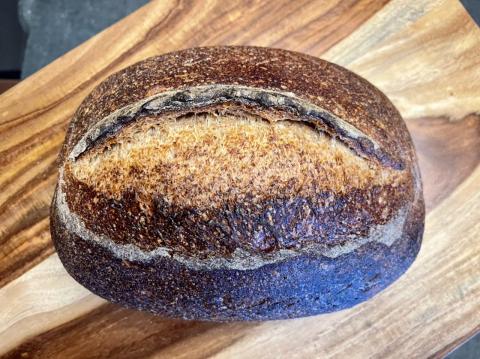 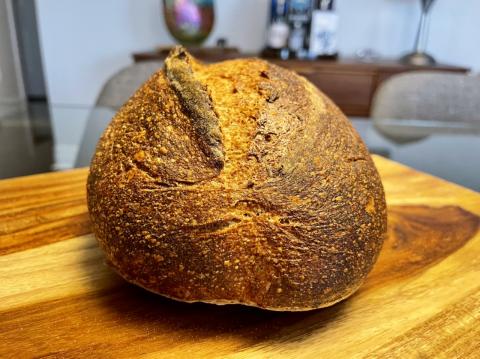 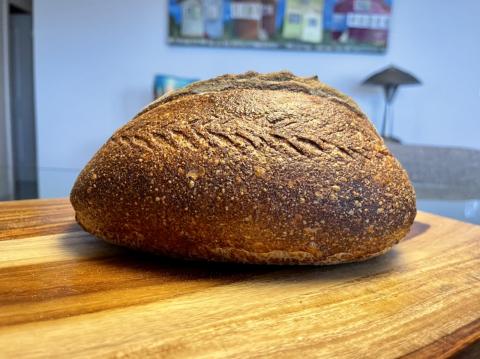 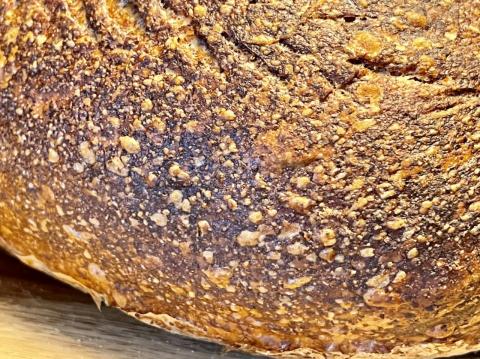 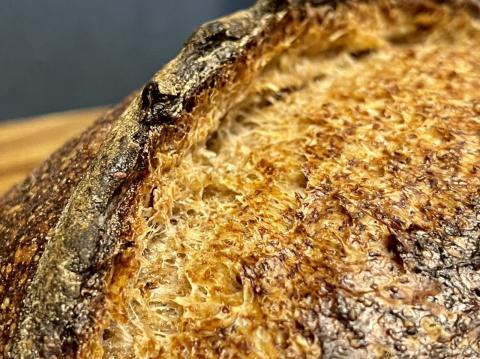 I’m quite pleased with this bake especially considering the issues I’ve had with baking 100% whole red fife in the past.  For a first try on my own recipe, I’m quite happy.  Now the bloom could be better and I know that the hydration despite a calculated 86% approximately should be higher.  I wasn’t sure how much extra water the scaled bran would contribute to the dough once it was added.  In the end, I don’t think it added much so next time I’ll have to bassinage even more water into the dough.  I’ll know more about how this turned out once it is sliced.