24 Hour Caramel Brownies are homemade brownies with a layer of caramel baked in between and topped with chocolate morsels. Yes, I know. 24 hours to wait before you can dive into these brownies? Yes. Is it worth it? YES. And if you happen to love over-the-top decadent brownie creations, try my Toasted Marshmallow Brownies!

This recipe starts with my best brownie recipe. And then, a thick layer of homemade caramel is placed in between two brownie layers. On top of that, literally, is more chocolate morsels for a chocolate caramel delight in every bite!

Yes, there is a reason I recommend you wait 24 hours before cutting the brownies; the chilling time keeps the brownies from being an ooey-gooey mess (even though they are still delicious as an ooey-gooey mess). In my humble opinion, these taste better chilled! I have never said that about a brownie before, so it was a shock to me too! 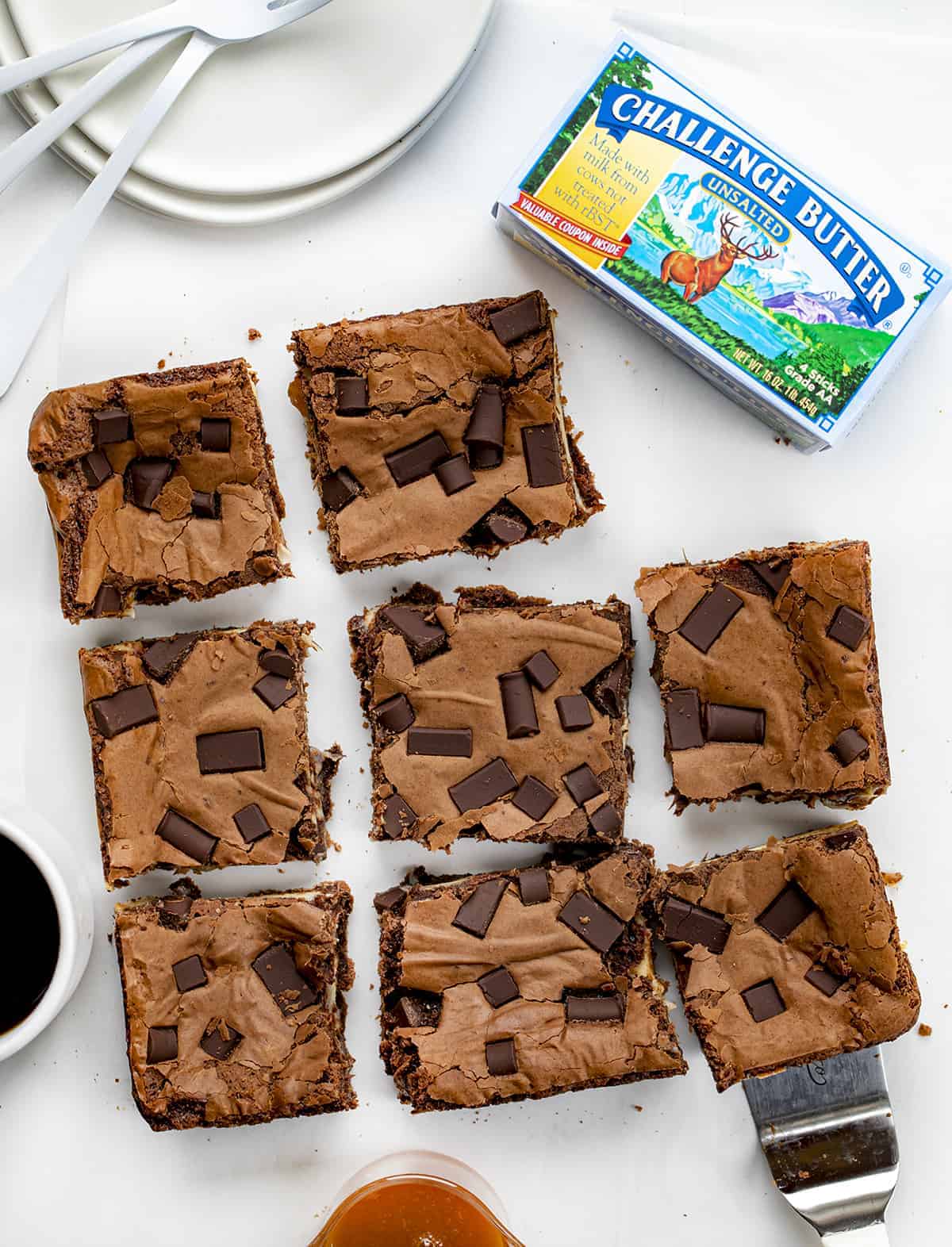 As stated, there are two parts to this recipe–the layer of caramel and the brownies. You will need two 8-inch baking dishes lined with parchment paper, one for the caramel and one for the layered brownies.

Butter: Unsalted Challenge butter is used in both the brownies and the caramel. I opted for Challenge Butter for the best results. Challenge Butter is made the old-fashioned way, churned fresh daily from the freshest milk and cream from happy cows at family-owned dairies since 1911. (I also used Challenge Butter in my Kentucky Butter Crunch Cake and Buttery Bubble Bread, which are two recipes you will have to try after you have made these brownies.)

Coffee: You may have noticed brewed coffee in the brownies. Whether you like coffee or not, caffeine does something amazing to brownies. Caffeine (specifically in dark coffee or espresso) enhances the flavor of chocolate and boosts the richness of the brownie without adding a coffee flavor. So simply put, the coffee makes your brownies taste brownier.  Science. In a pinch, you could use decaf coffee as well, preferably one with a strong flavor. If you are unable to use coffee, you can use water. 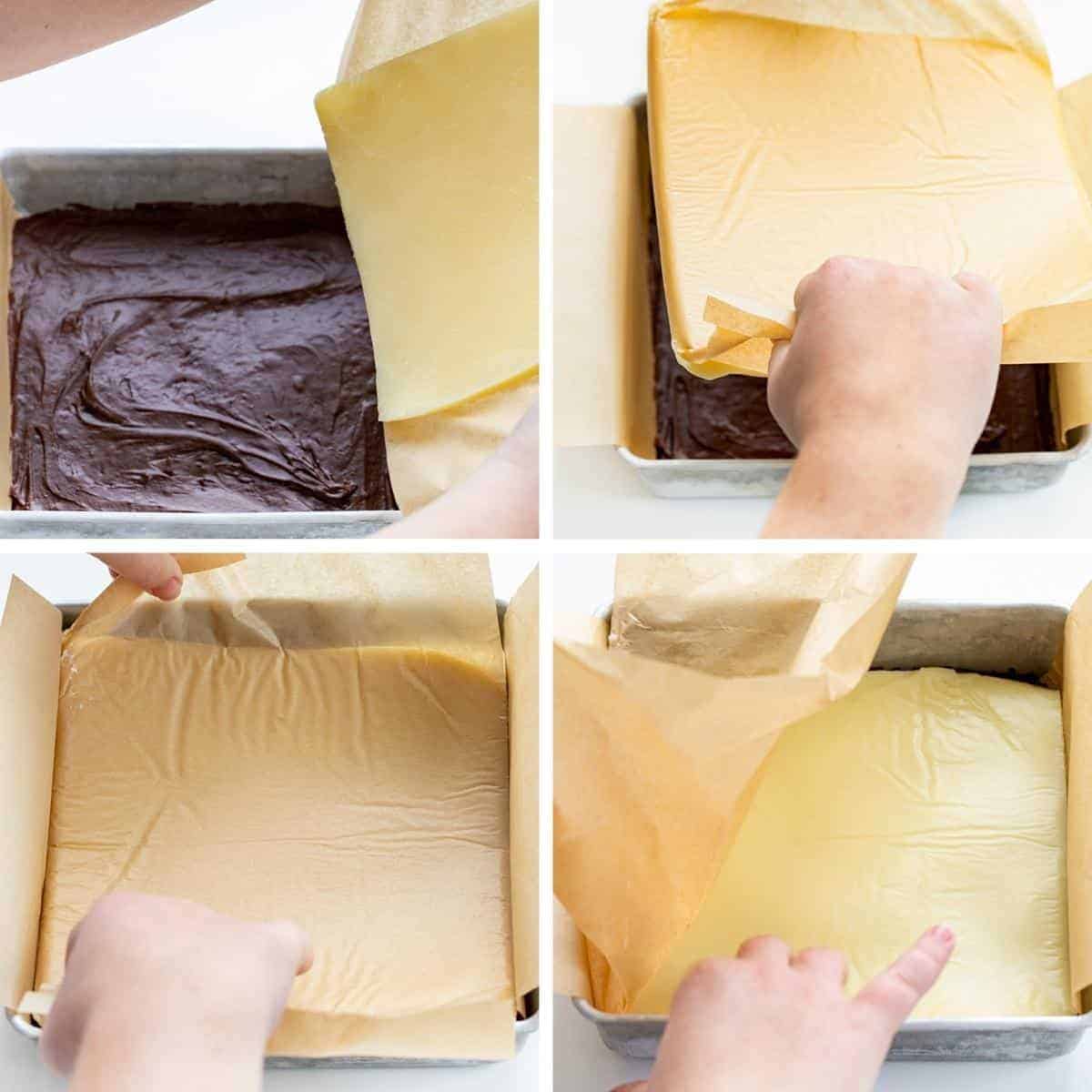 How to Make the Caramel Layer

Before you start the caramel, be sure to set aside an 8×8-inch baking dish lined with parchment paper. Again, you will need a second pan for the brownies. To make the caramel, add the butter and sugar to a medium saucepan over medium heat. After the butter has melted, add the corn syrup and condensed milk.

Bring the mixture to a boil and reduce the heat to low, stirring constantly. Continue to stir constantly for 10-15 minutes until the caramel begins to thicken and reaches a deep golden color. Remove from heat and stir in the vanilla.

Pour the caramel into the lined baking dish and place it in the freezer to chill as you prepare the brownie batter. Be sure the caramel chills for 20-25 minutes. This will make the caramel layer very easy to work with! As you can see in the pictures above, it flops easily onto the brownie batter and then you simply remove the parchment paper. (more on that below) 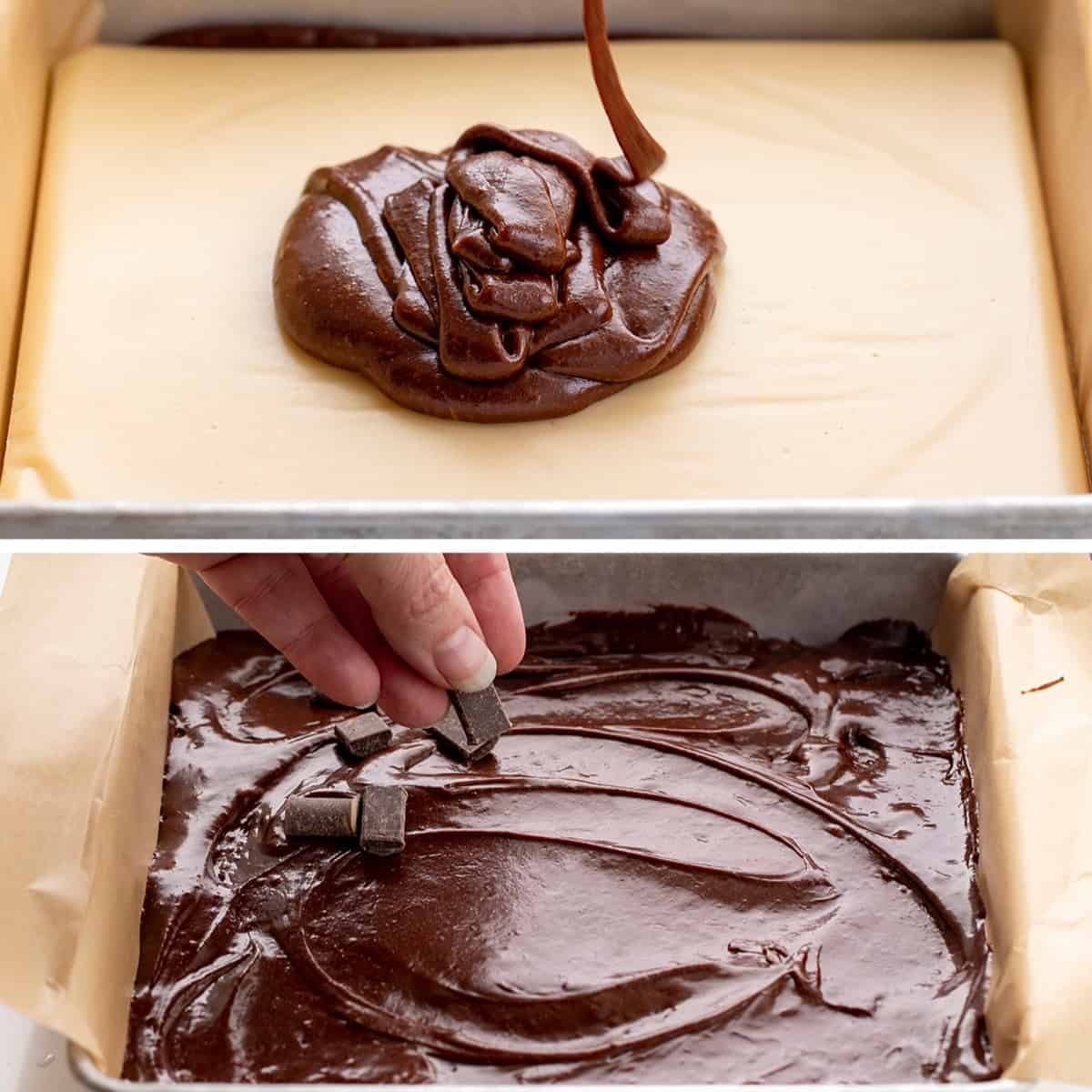 How to Make 24 Hour Caramel Brownies

While the caramel layer is chilling in the freezer, make the brownie batter. You will need 3 tablespoons of brewed coffee, so set some aside from your morning cup or enjoy the rest of it while you make the brownies.

First, in a medium saucepan over medium heat, combine the sugar, butter, and coffee. Cook until boiling. Next, remove the saucepan from the heat and stir in the chocolate morsels until the mixture is smooth. Then, add in the egg and vanilla. Finally, add in the flour, baking soda, and salt. Mix just until combined, making sure to not overmix.

Add the remaining brownie batter onto the caramel layer and top with additional chocolate morsels. Bake for 38-40 minutes, until the edges start to pull away from the pan. Let the brownies cool at room temperature for a while before placing them in the refrigerator to chill overnight. 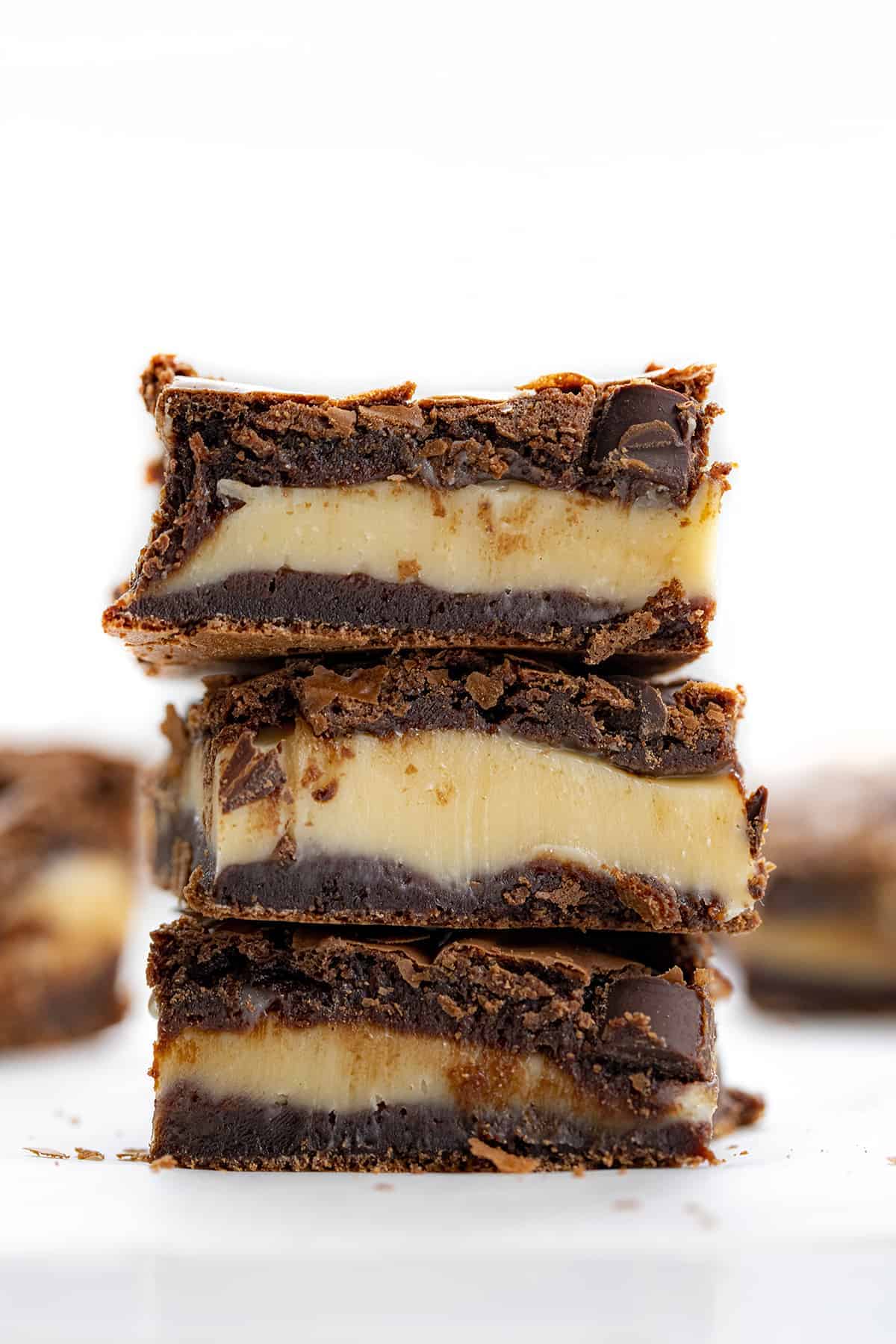 Do I Have to Wait 24 Hours to Enjoy These Brownies?

Well, as I have stated in the past, you don’t have to do anything. But, in this case, there is a reason the brownies are called 24 Hour Brownies. Chilling the brownies will help keep their form, thickness, and distinct layers when cut. In addition, I prefer the taste of the brownies after they have been chilled.

If you just don’t have the patience to wait to cut into the ooey-gooey brownies (which I understand), this is your warning…the brownies will fall apart and end up flat. But, they are still yummy!

Just in case you don’t believe me on the ooey gooey factor – here is a picture of the brownies that have NOT chilled.

These were left out at room temperature for 6 hours.

Definitely edible (SO YUM) but you need a spoon. If that is the consistency you want, just scoop the brownies into a bowl and enjoy! (But then promise you’ll refrigerate them and try them chilled too… !)

Calories: 819kcal
Tried this recipe?Let us know how it was!