The original 90% biga loaf recipe was posted a while ago by Abelbreadgallery. I’ve wanted to try it for quite a while, but realized last week that I now have a working wine cooler and a stand mixer, which is all that’s required for it.

The original instructions were sparse, so I didn’t pay much attention to details. The only concern was whether there would be lumps in the final dough. Added the rest of the water to the biga first, mixed pretty much full development, then added the rest of the flour and salt and mixed for ~21 min. The dough was very strong at this point, but there were still small softish lumps in it. Briefly considered dumping it in the trash, but decided to still bake to see whether the lumps would be present in the end product. Stopped paying attention to the dough after that. Baked it at some point between watching YouTube videos. 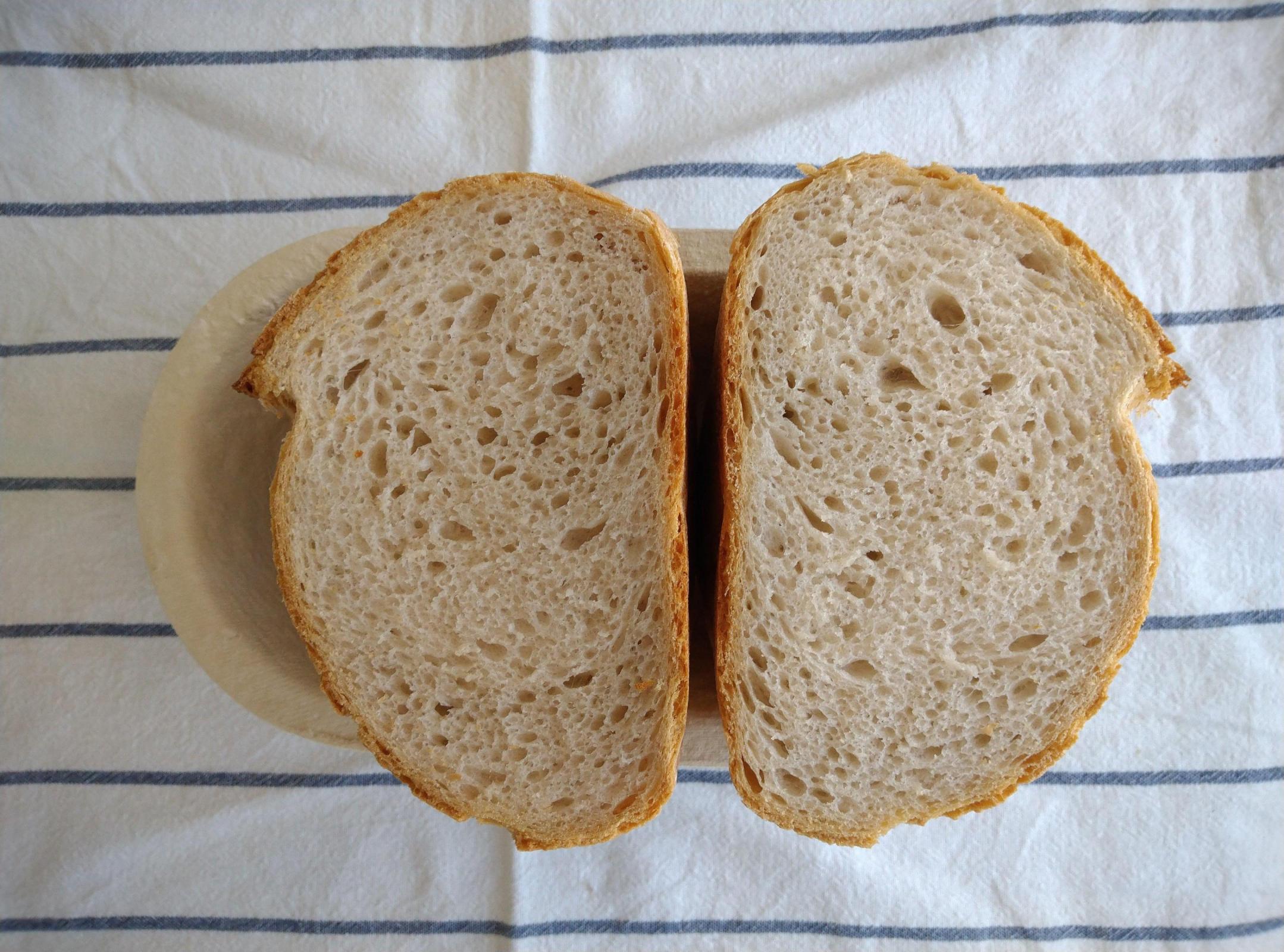 This one burst at the side. Should have let it proof longer, the dough was still nicely domed in the banneton. But the lumps weren’t noticeable.

How would this be different from a loaf made with the max amount of poolish? Only one way to find out. Took the method from Hamelman’s Pain Rustique, prefermenting 70% of the flour. So exact same flour (12% protein), 70% hydration, 0.2% dry yeast in the poolish.

There were no lumps in the finished dough, but it wasn’t nearly as strong as the biga one. Even when it wasn’t sticking to the mixing bowl at all, it felt a lot looser. It did feel like it could collapse at any time in the banneton as well. I was pretty certain it would collapse in the oven. Barely scratched the surface to score it. 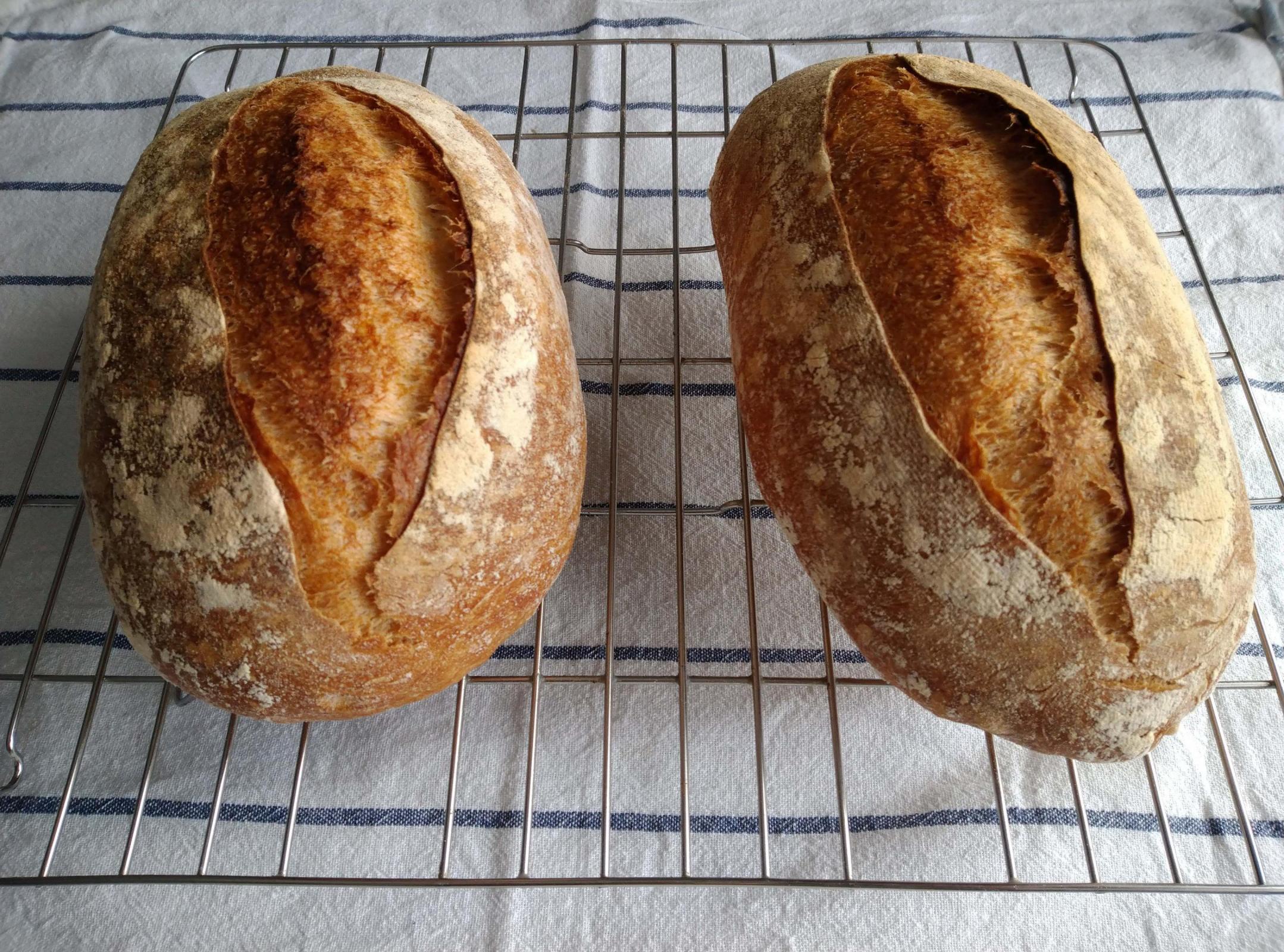 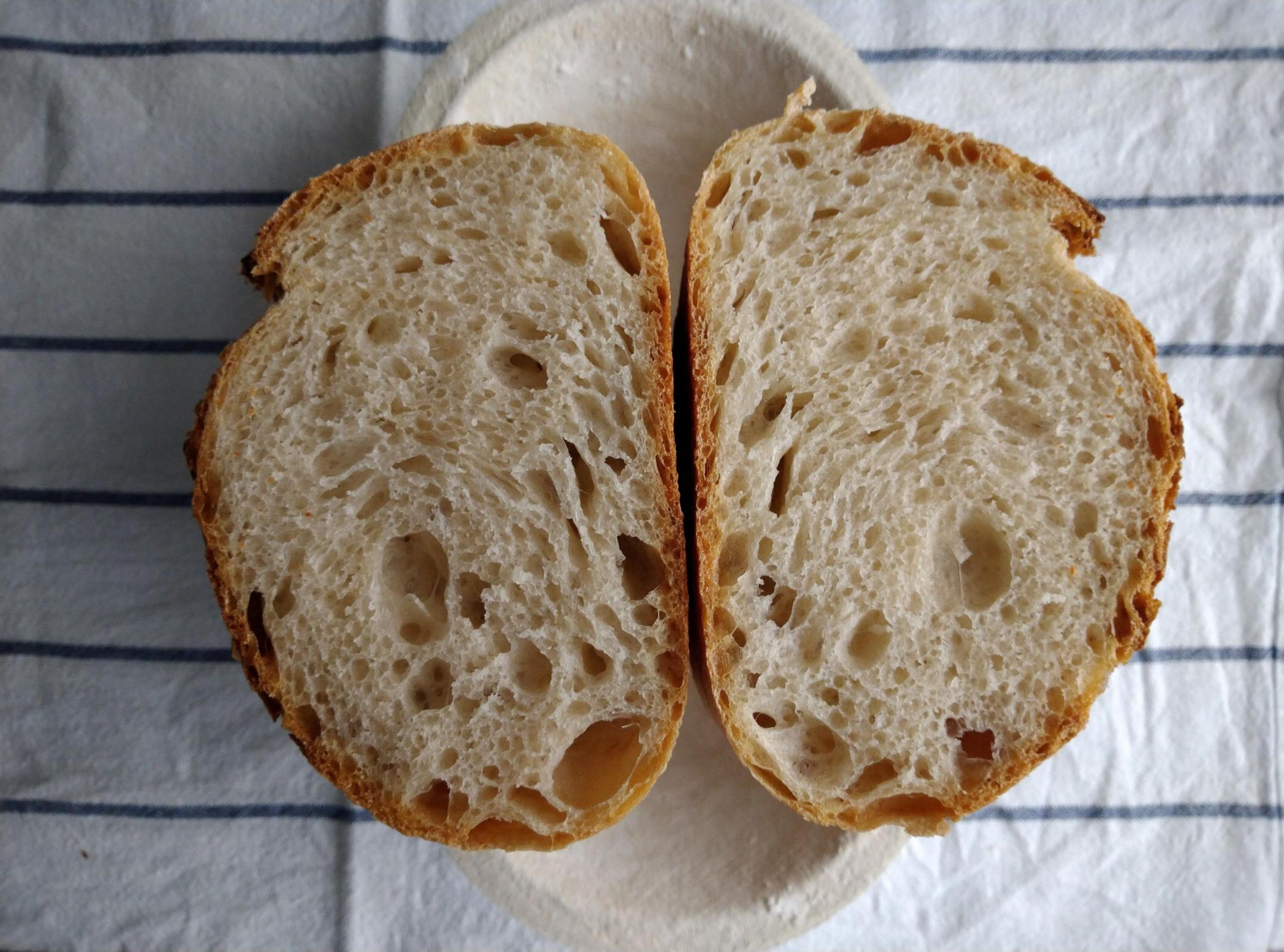 The bread itself is quite a bit more tender than the biga one. (Although that could be attributed to proofing.) The biga itself was way more aromatic than poolish. You had to bend down to the bowl to smell the latter, while the former filled the whole kitchen with the aroma when the cooler was opened.

I feel like the biga bread was a bit more nuanced in taste, although I’m probably not a reliable judge of that. These were my second and third times making (and consuming) wheat bread this year.

I definitely need to try the biga version again.