So, it has been several years since I was baking ‘Grandi lievitati’ regularly. Getting back into the swing of things, and to some degree relearning what I once had figured out, or was at the very least working with more successfully…

Mastering Lievito Madre is no joke and is perhaps the most difficult accomplishment for any sourdough baker that wishes to really understand and control the many intricate nuances of fermentation and manipulate the biological and chemical processes which can ultimately make or break one’s endeavours.

While re-treading this old ground I have been faced with seemingly unruly souring and not even a high dose of sugar could stand in its way.

Many leavened primo impastos were abandoned, the last one was so sour it plagued the kitchen with a mildly sweet but also pungently acetic aroma. Evilness!

In the last few days, I am sure I have made progress in my understanding… In fact, through mulling over and mentally digesting recent occurrences I have come up with a rule based solution that really has shown promise in establishing what I’m looking for in a perfectly mature LM.

During the process of attaining that outcome I did manage to successfully bake a panettone. Despite suffering from a persistently overt acidity problem which then in turn leads to other problems such as dough handling and leavening issues. 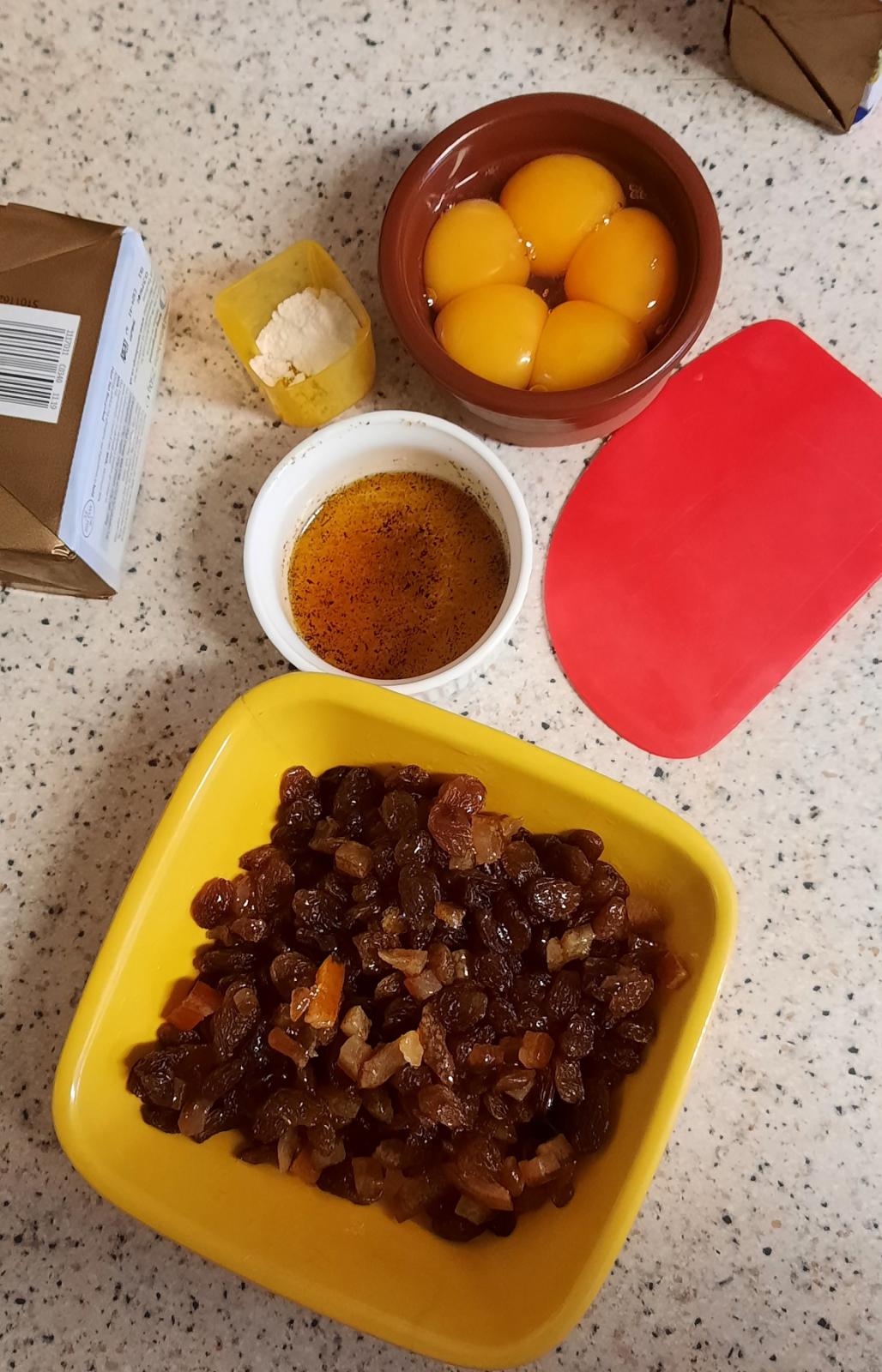 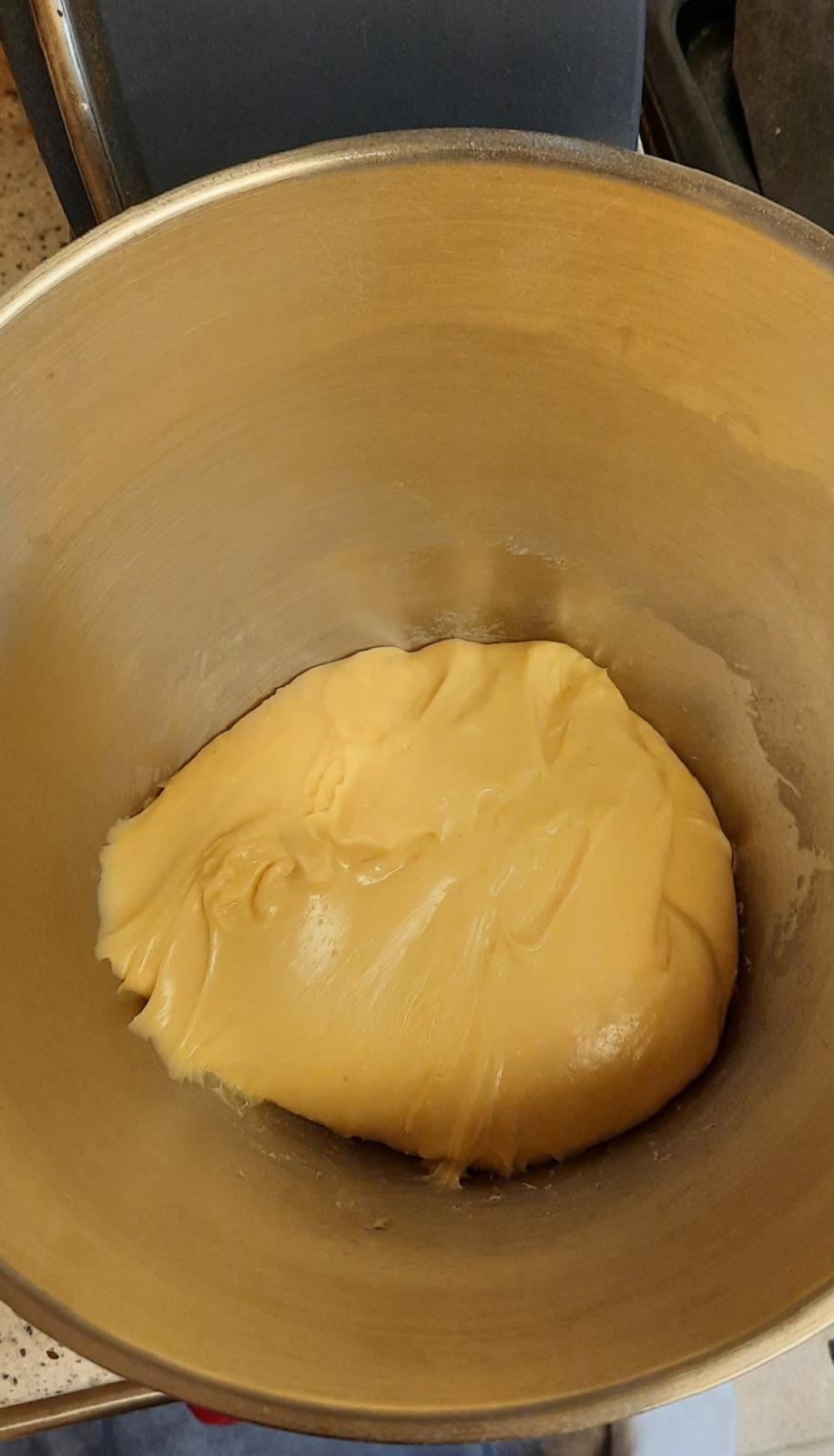 The remaining ingredients (butter, aromatic mix (honey, orange zest and vanilla), egg yolks and fruit) to be added to the mix so far which consisted of the leavened primo, flour and sugar. 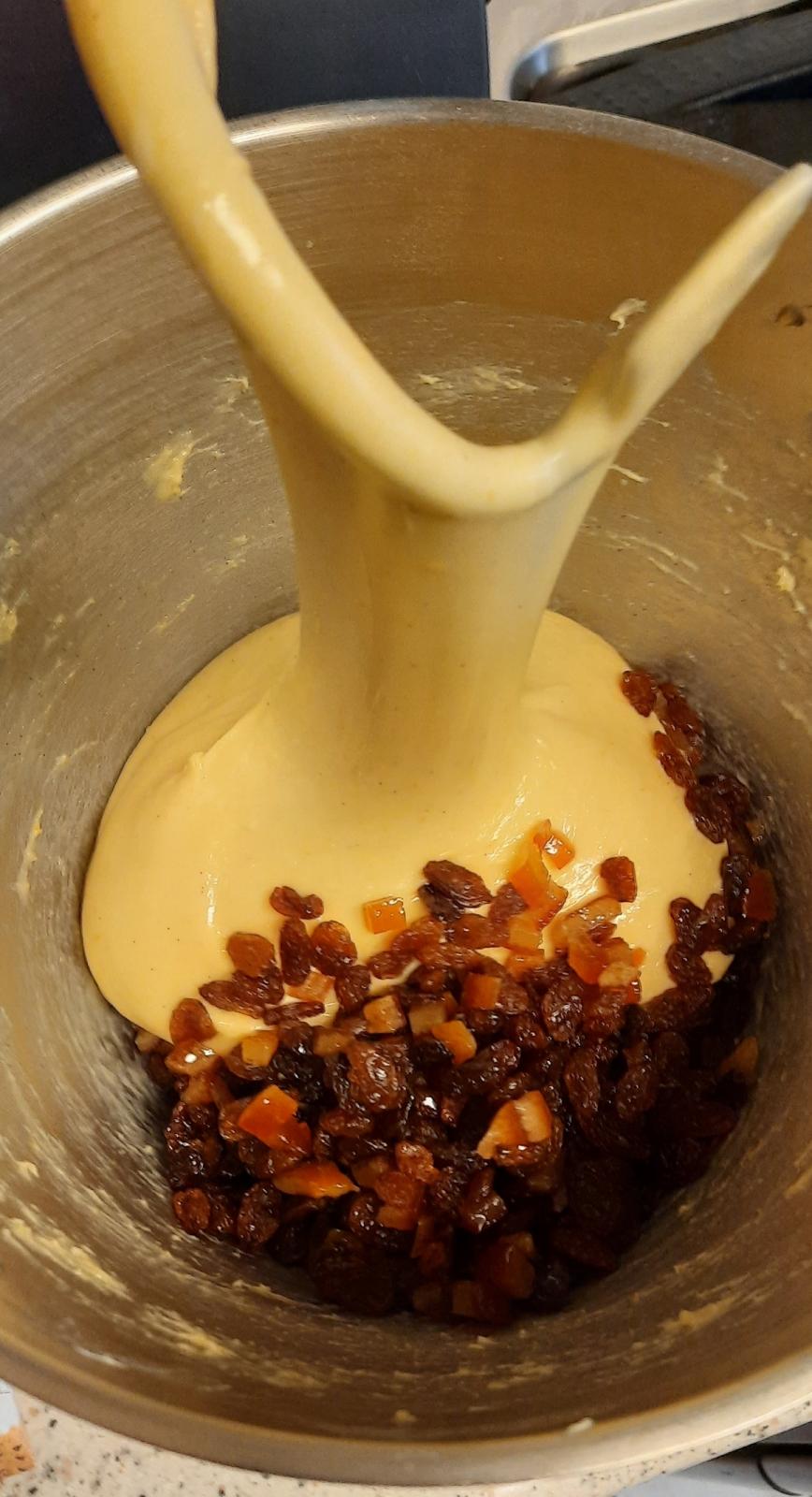 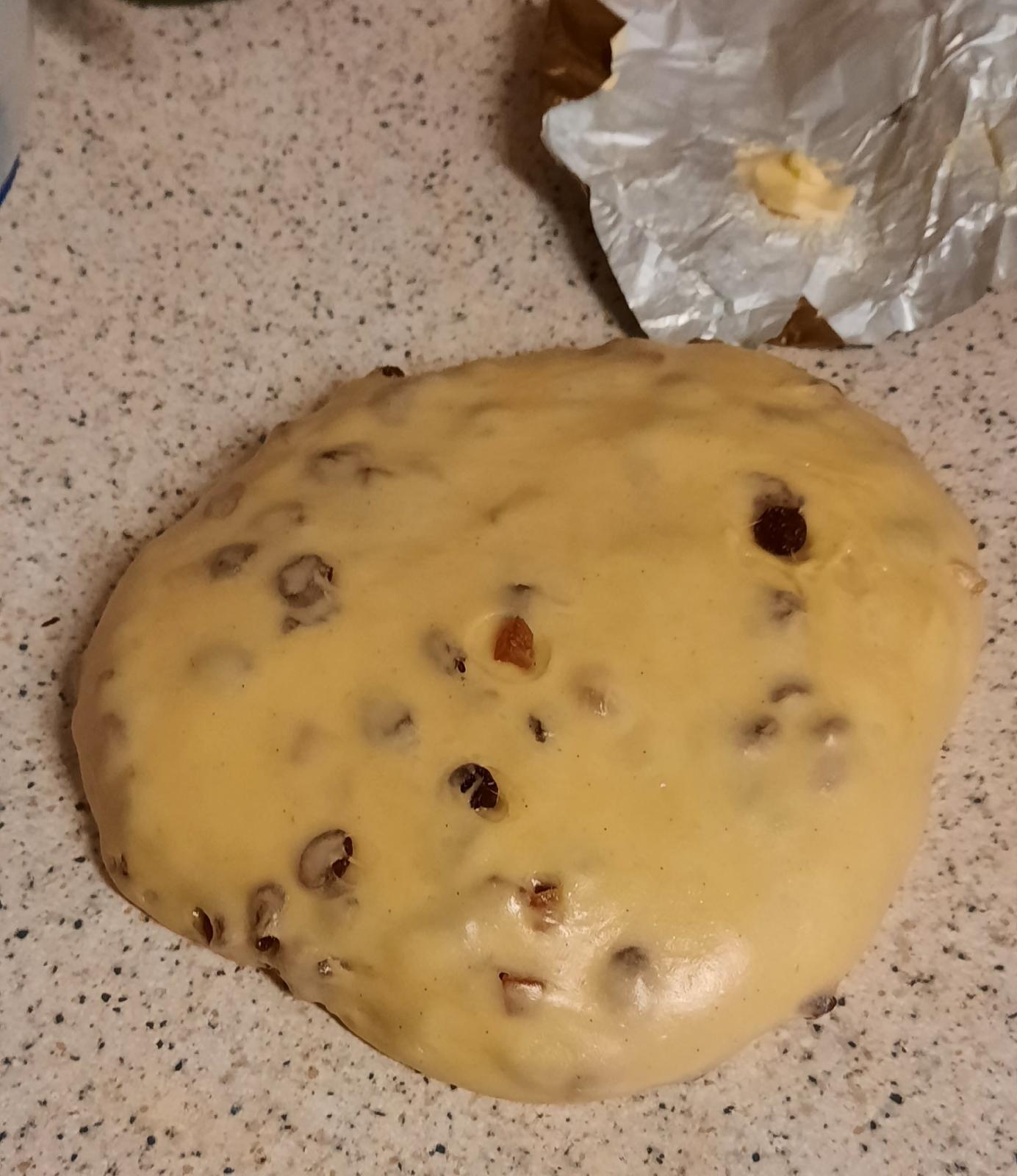 Rheology issues. Dough was too keen to to tear while shaping indicating an excess of acetic acid which makes gluten tight / tenacious.

This panettone was on the right track but made before I had fully fixed the fermentation issue. Consequently it needed more time to proof, time that I didn’t have, so I baked it early while only half way up the mould.