I had some leftover chocolate babka slices in the freezer that needed to be used up. When deciding what to do with it, I found this recipe:

I decided to make my own version and used that as the base.

Babka was cubed and put into an 8×8 in pyrex. The dark chocolate was broken up into small chunks and distributed throughout the bread cubes. The pudding recipe was mixed as described, though I used just a little less sugar and left out the cinnamon. I thought about including it, I like Mexican cocoa etc. But I am bringing this to a holiday gathering, and wasn’t sure if others would appreciate the combination. After pouring the mixture over the bread and chocolate, I used a fork to gently push the babka chunks down into the mix. I had a little leftover Nutella to use up,so at the last minute I dolloped some on top of the concoction for good measure.

This was soooo decadent, soooo good! It was a hit. One person who said he doesn’t care for bread pudding had 2 servings, lol. Highly recommended if you ever want to use up leftover babka.

Ready for the oven

Still hot and bubbling, the smell is amazing! 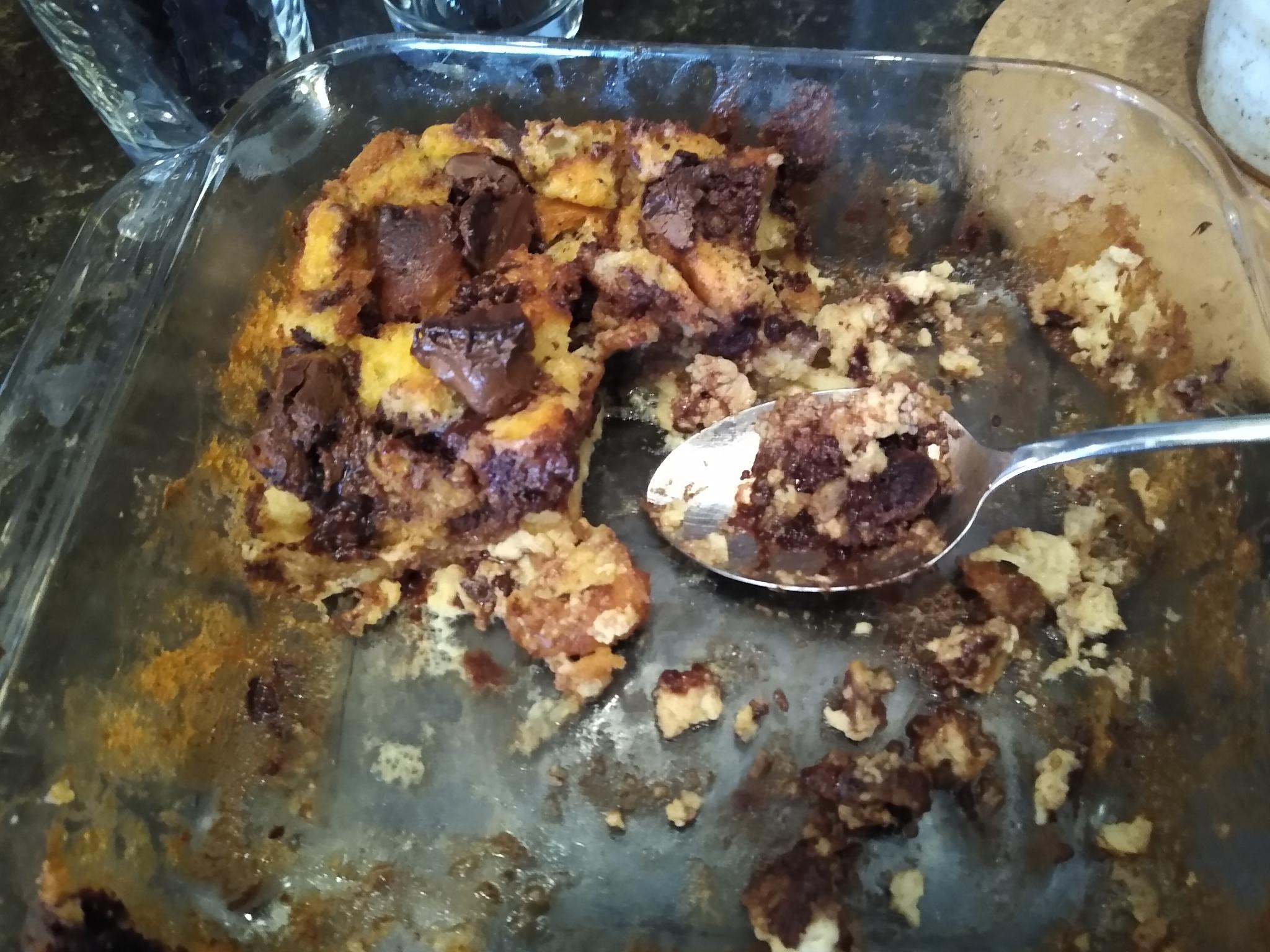 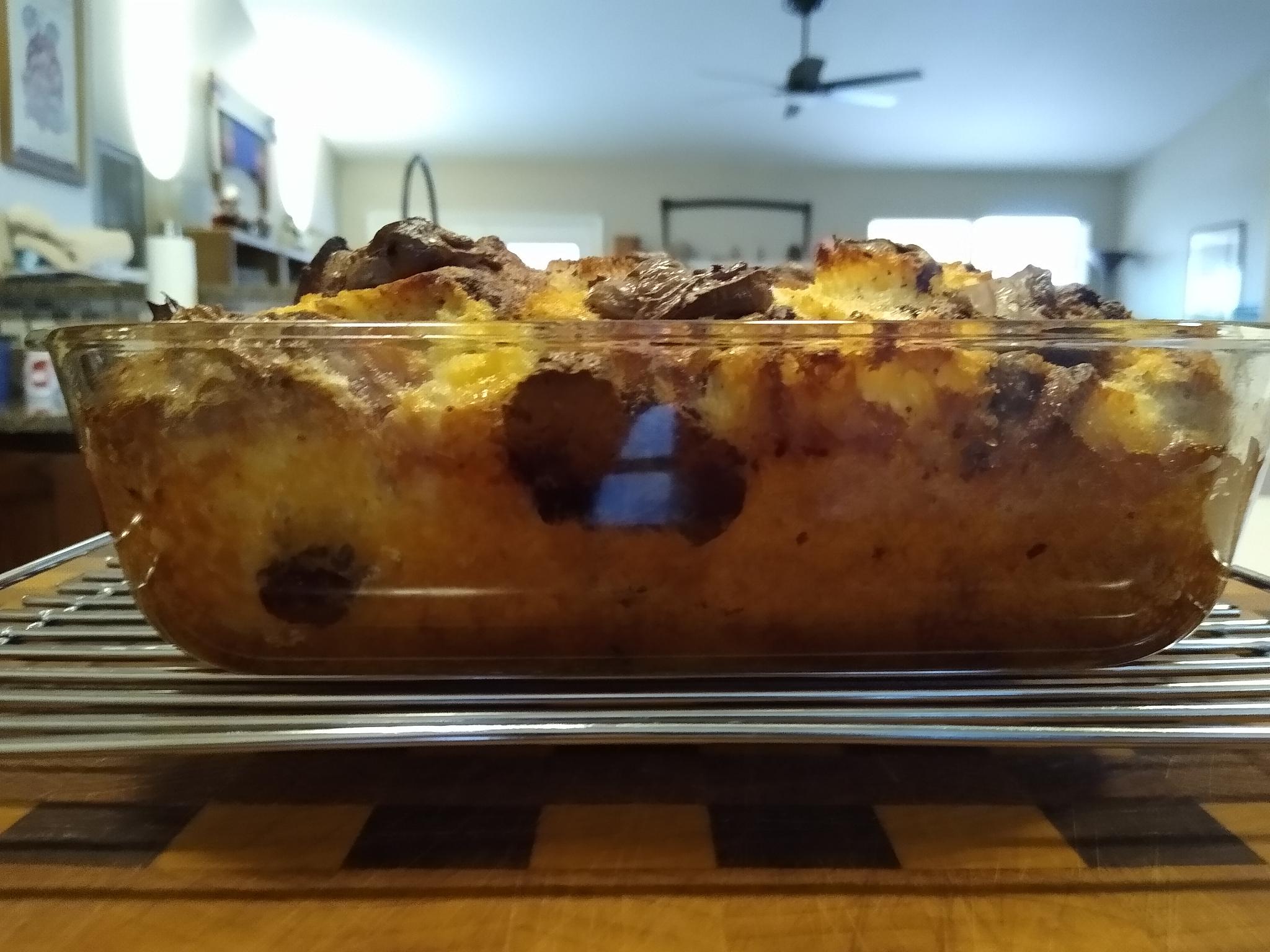