These Flourless Zucchini Brownies are so fudgy and rich, loaded with chocolate chips plus zucchini which makes them extra moist! 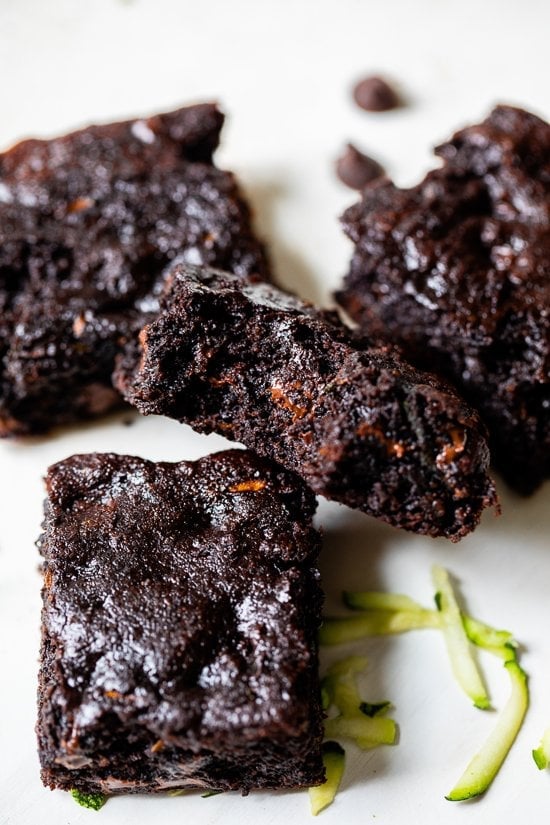 Occasionally I share lightened up dessert recipes here. Making desserts light is a challenge, so when it works I’m thrilled! These brownies are so incredibly rich and fudgy you won’t believe there’s no oil or butter added. And, since they are made with ground almond meal instead of flour, they also happen to be gluten-free. For some more lightened brownie recipes, try my PB2 Flourless Chocolate Brownies and Flourless Black Bean Brownies.