Hi, I just made this and it was delicious. Worth trying if you haven’t yet.

Just a really pleasant flavour that permeates the loaf, along with a very light, soft, fluffy crumb. Sourdough flavour was very mild, if any.

The dough, which includes both yeast and levain, was quite active, rising at least 80% or so by the end of bulk. It expanded quite a lot while proofing too.

Made sure not to bake too hot (in a dutch oven, started at around 230c fan, dropped down to 200c by the end, around 50 minutes total) so as not to burn the cheese, and it came out nicely golden brown.

I made quite a large loaf (1.18x the recipe) as I accidentally weighed the total flour (forgetting to subtract the flour in the levain) and mixed in the salt and yeast before I realised. So I just scaled everything up, except the levain obviously. But the size works well, because the crumb is probably the best part of this loaf. It was quite an impressive sight coming out of the oven.

The cheese I used was ‘grana padano’, a hard cheese similar to parmesan. 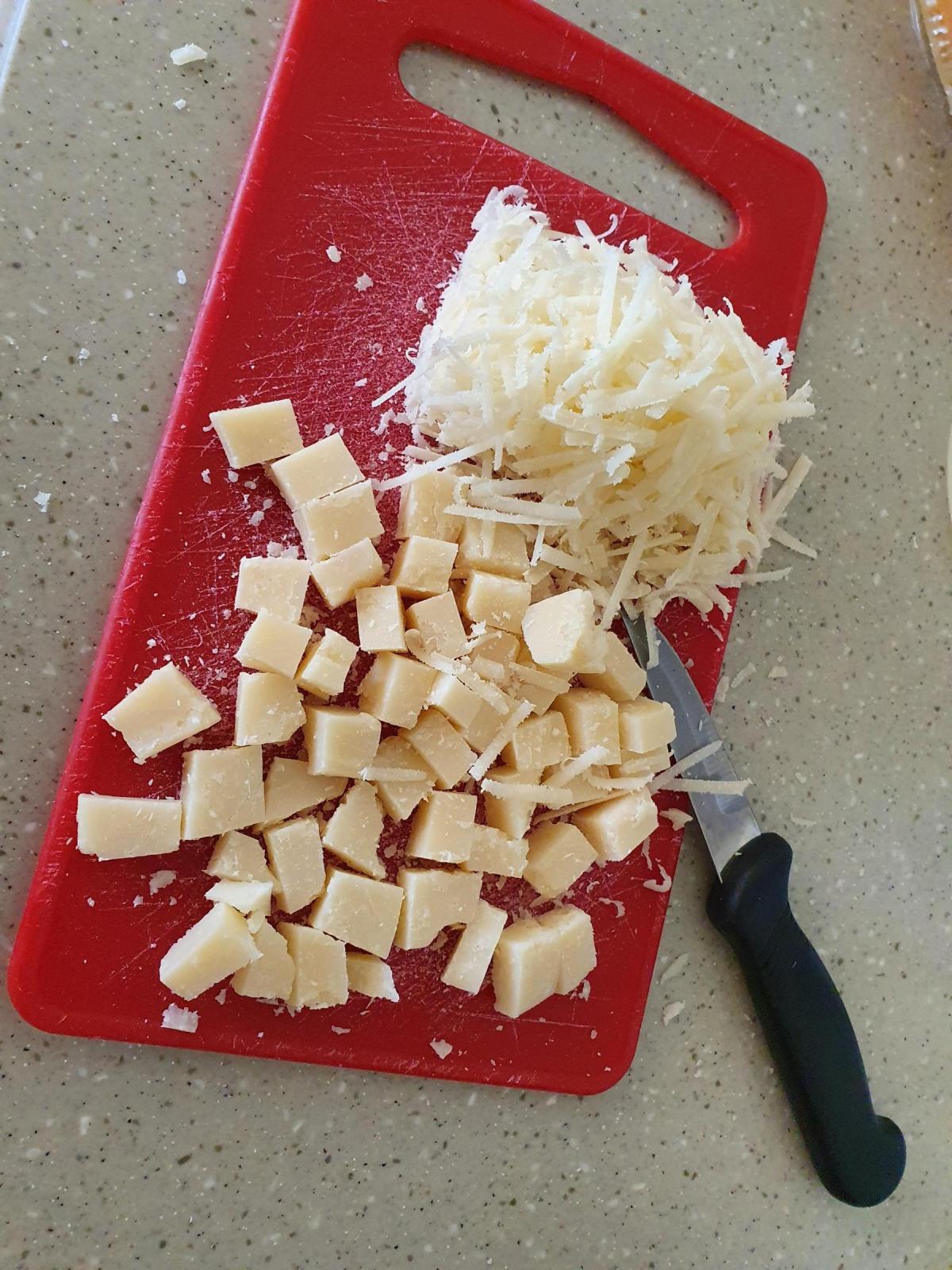 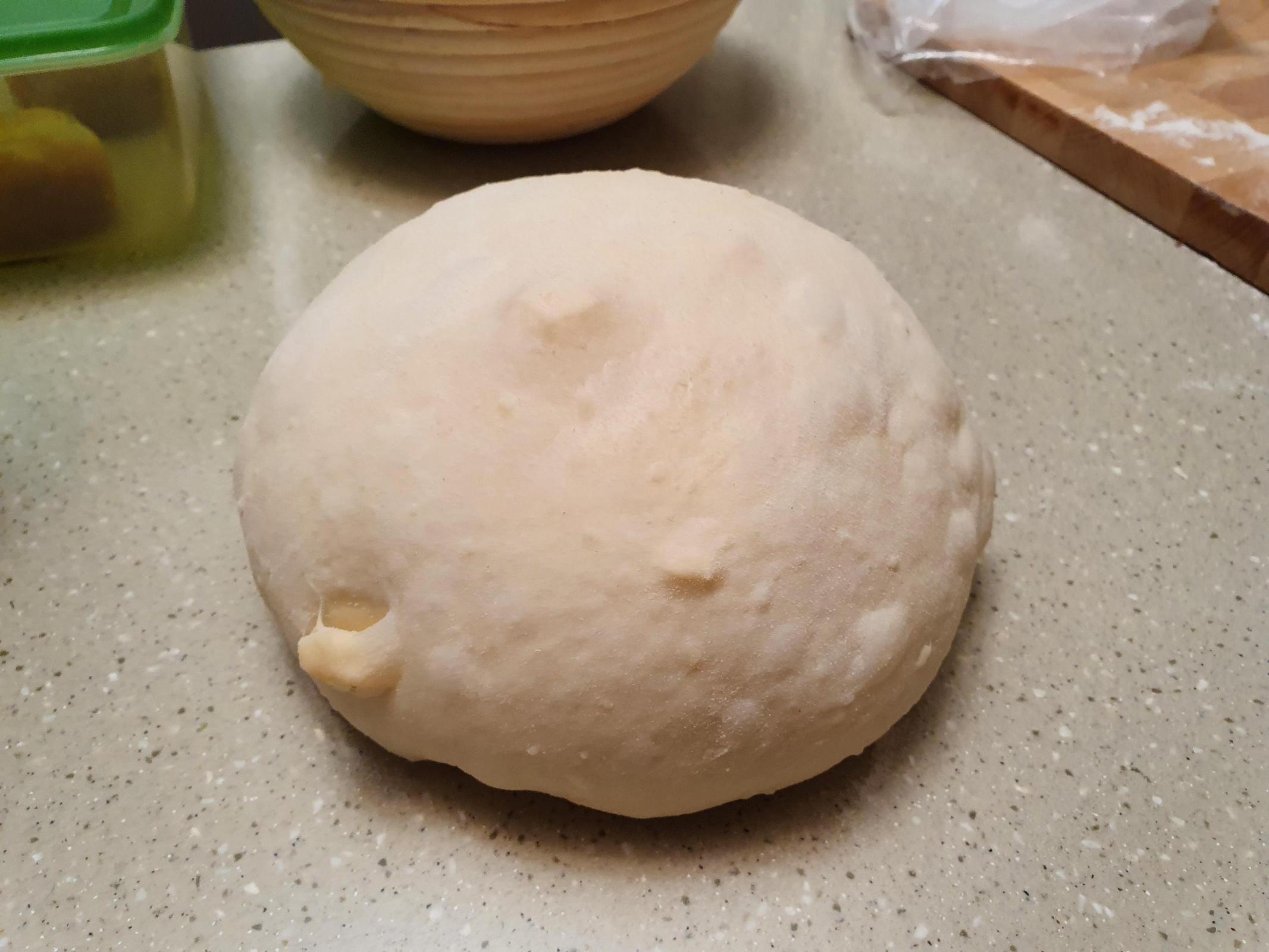 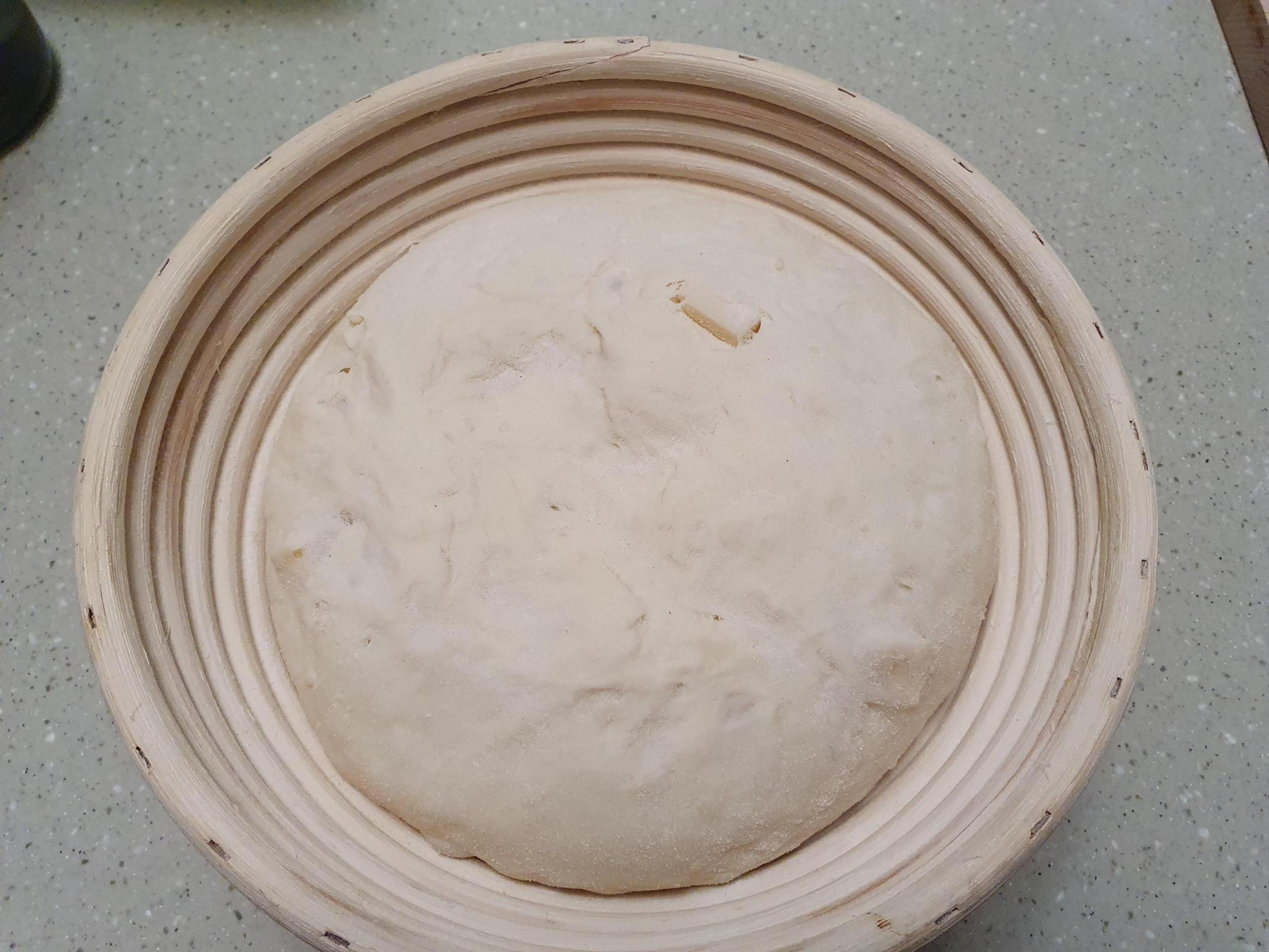 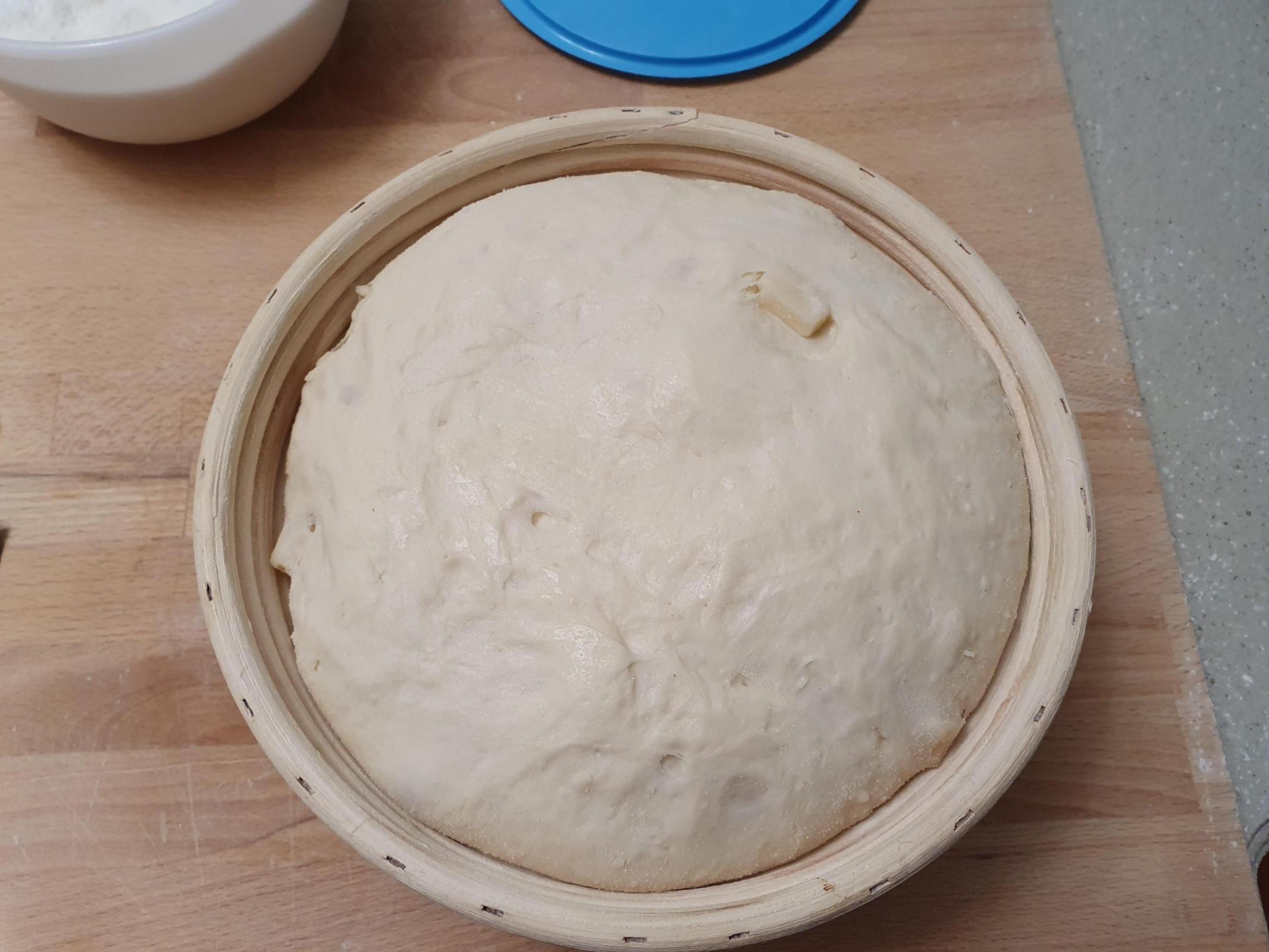 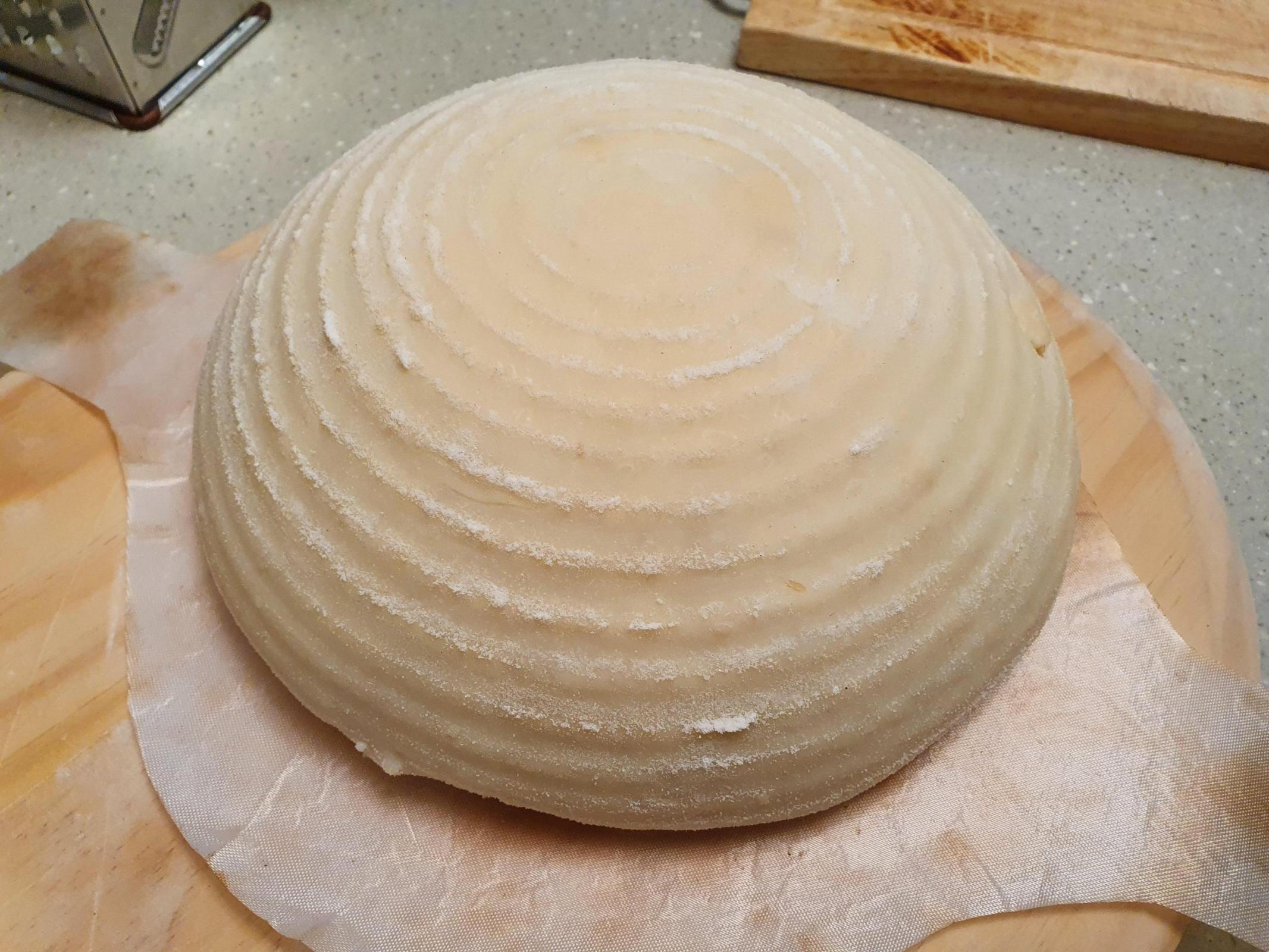 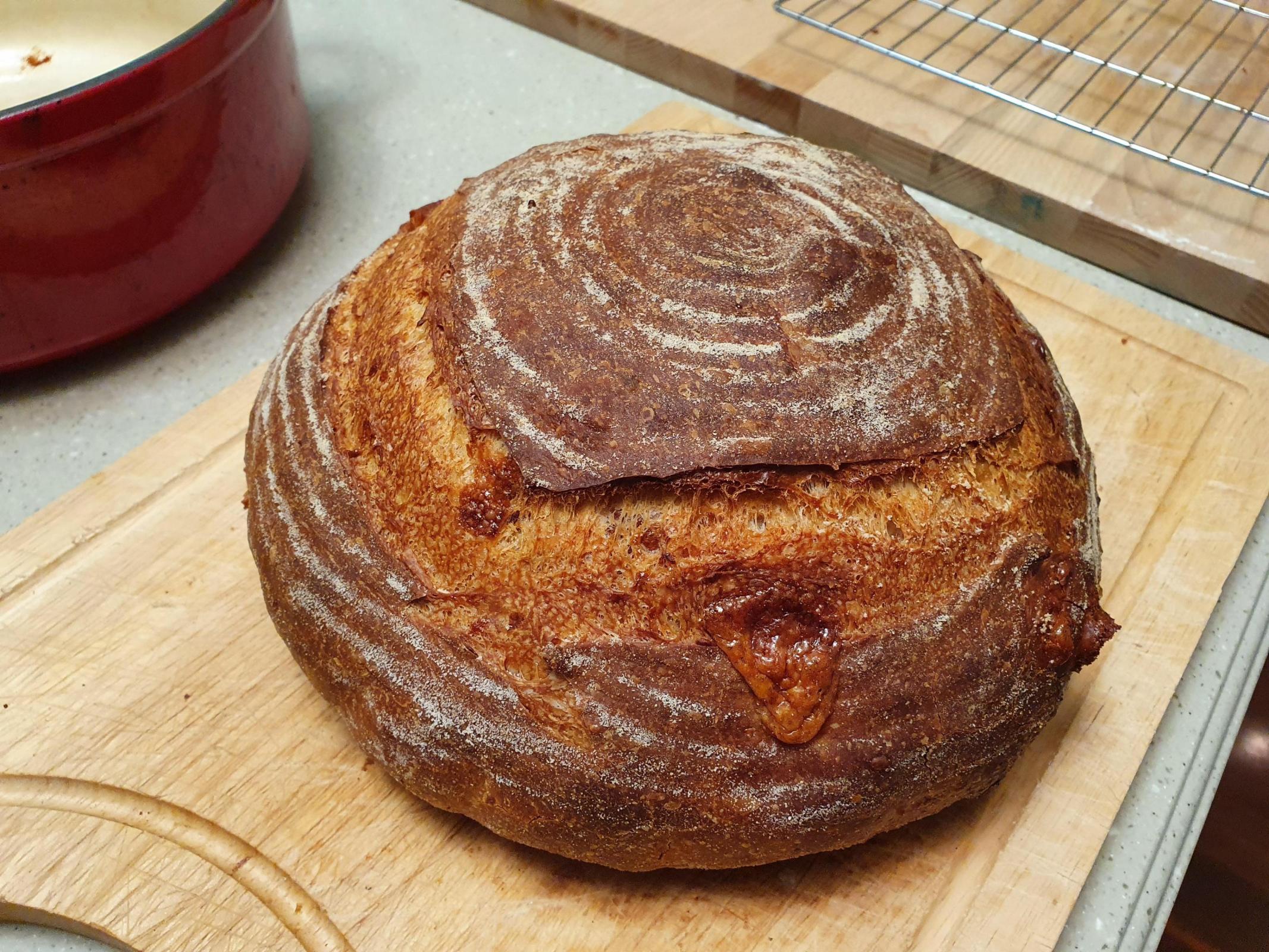 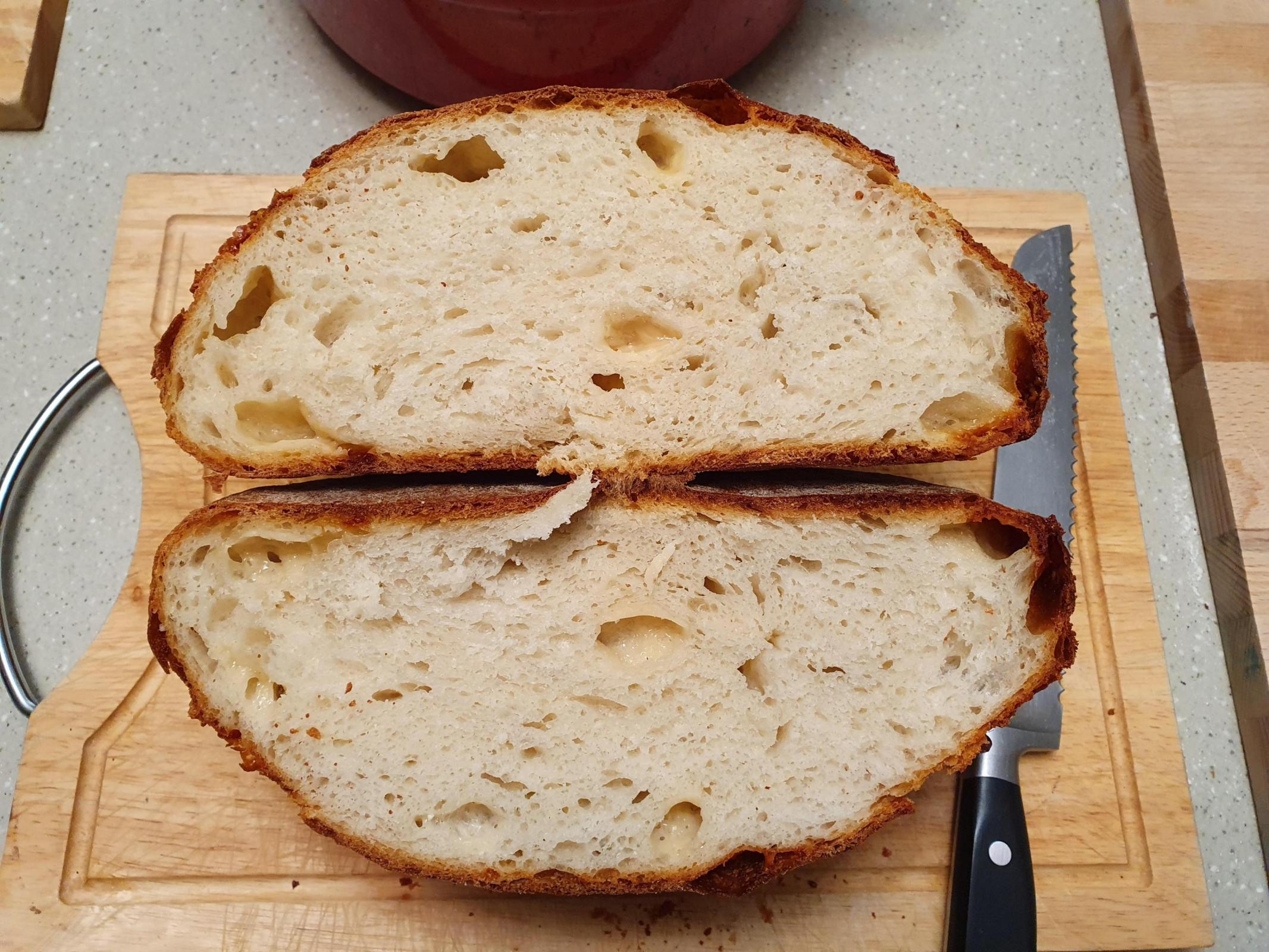 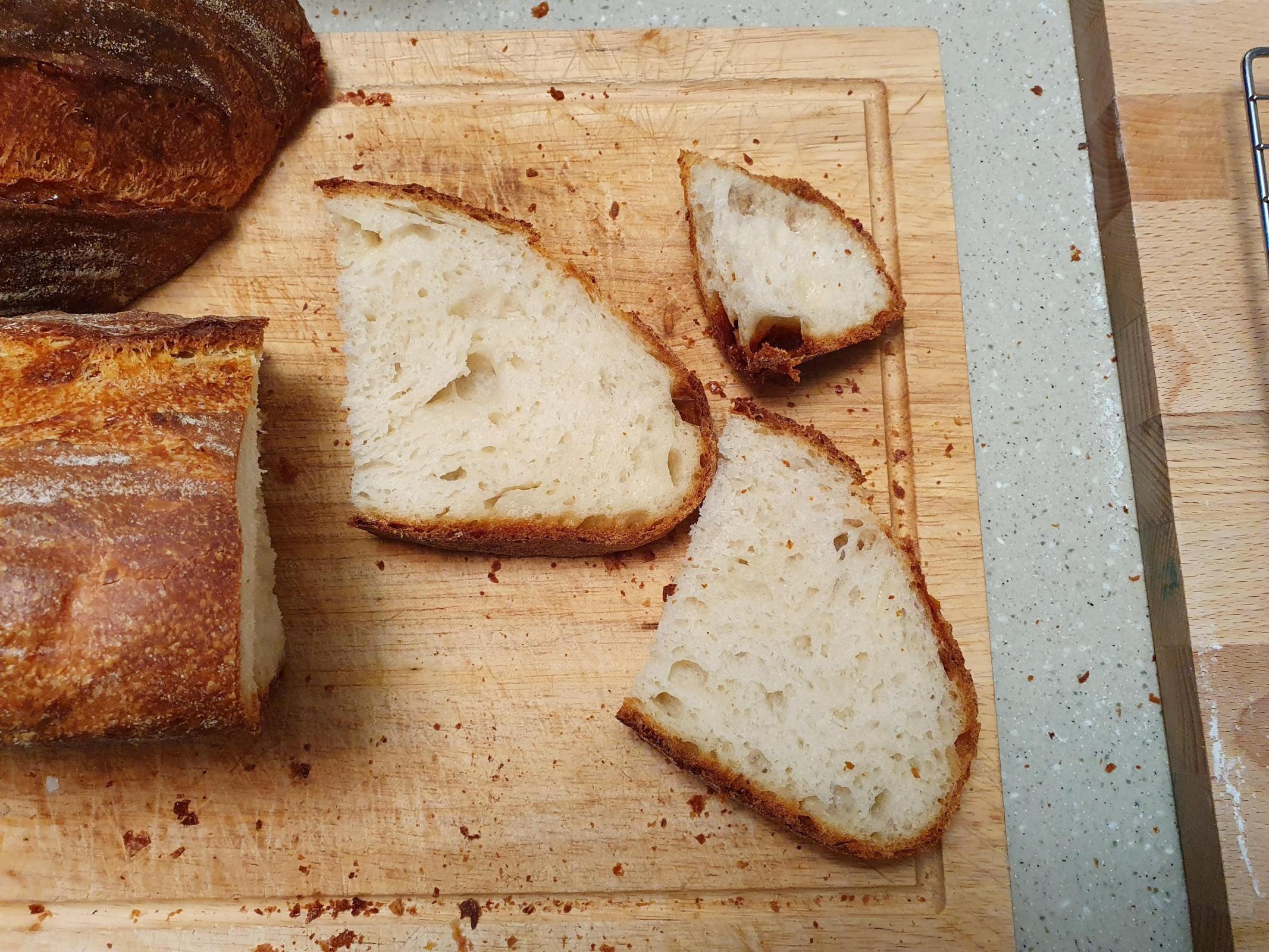