After requesting and receiving some nice feedback last time, I applied some good tips with, I think, better results in crumb and flavor.  Many thanks to trailrunner and JonJ!

trailrunner’s tips:  I didn’t have a mister that I could use on food, so I just sprinkled in some moisture on the dried fruit before zapping it in the microwave for 30 seconds.  I decided to try orange juice instead of just water, which worked nicely; also used a couple teaspoons of cinnamon, sprinkled over the fruit after rehydrating.  This method worked much better as far as improving the flavor of the fruit and adding a bit of interest with the cinnamon.

Per JonJ: I tried to make good contact between the dough and fruit during lamination, which I think helped with cavitation too.  I don’t think the crumb was quite as custardy, but it was still moist and I like the better contact between the fruit and nuts with the dough.

The dough definitely seemed a little heavier, but I included a few more add-ins this time (raisins and walnuts in addition to the others, although I had to use dried cherries instead of cranberries since I used all those last time).  The tighter crumb will work better in the toaster.

All in all, a better bake as far as crumb and flavor!  Many thanks for the much-appreciated advice…so grateful for this forum! 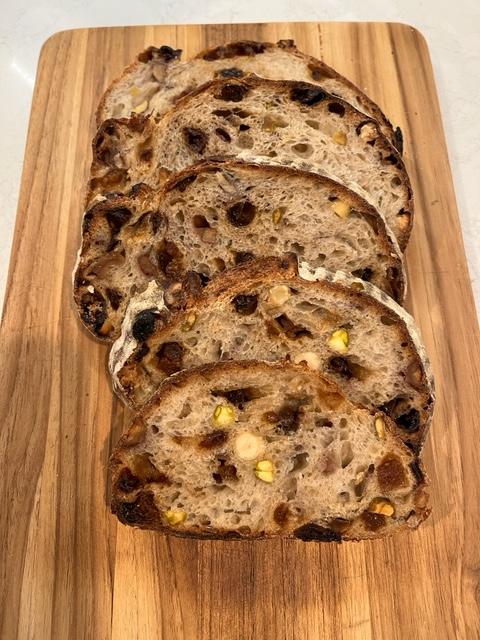 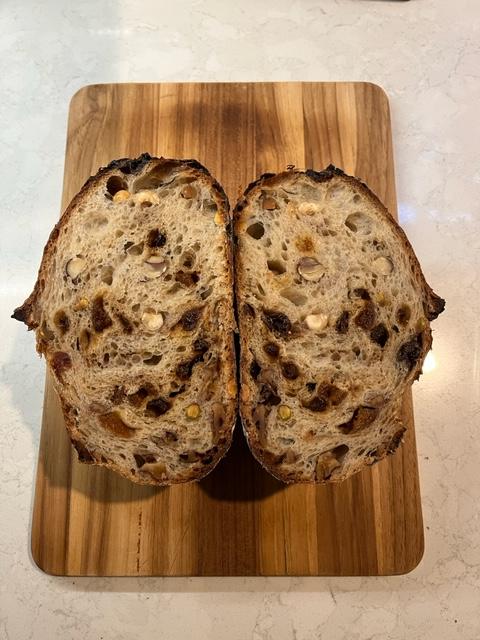