For those unfamiliar Lap Cheong are the Chinese sausages that are dry cured and super flavourful. I haven’t had these in decades and saw them at the local Chinese market so had to pick up a package. I decided to use them in a filled bun to showcase the flexibility of the SD Hokkaido Milk bread dough. For these buns I decided on a whim to use 50% WW and 50% bread flour. The in addition to the Lap Cheong the filling has oyster sauce and scallions. I’ve topped them with black sesame cutting three of the buns to make them look like sunflowers in support of Ukraine but in fact I think they look more like black eyed Susans.

Prepare both the tangzhong and the stiff sweet levain the night before you plan to bake. I’ve started to prepare the tangzhong using a Bain Marie with the tangzhong in the bowl of a standmixer. This way there is less tangzhong lost having to transfer it out of a pot and into the bowl of the standmixer. The tangzhong can then be refrigerated once it has cooled and the levain can be left to ferment at 78°F and will be ready when it is about 3-3.5x risen which will be between 9-12 hours.

In the morning, to the bowl of the stand mixer with the tangzhong inside add milk, salt, sugar, egg and mix. Then add all the levain cutting into small pieces with your spatula. Next add both flours and mix with your spatula until there is no visible dry flour. Rest for 20-30 mins.

Prepare three Lap Cheong placing them in simmering water for at least 12-15 minutes. You will see fat on the surface of the water from the sausage. Remove the sausages and cool a bit. Slice the sausages into quarters lengthwise. Remove the casings and discard the casings. Then cut the quartered sausages into small pieces, repeat with all three sausages. Place the cut pieces in a bowl adding oyster sauce just to coat along with chopped green onions (2-3 only using the green parts).

Using the dough hook of your stand mixer mix until at least moderate gluten development. Then add the room temperature butter one pat at a time until all the butter is incorporated. Continue to mix until full gluten development. Remove the dough from the bowl and perform a bench letterfold. Transfer the dough to a clean bowl and allow to ferment at 82°F for 6 hours. At this point the dough had a 30% increase in volume. 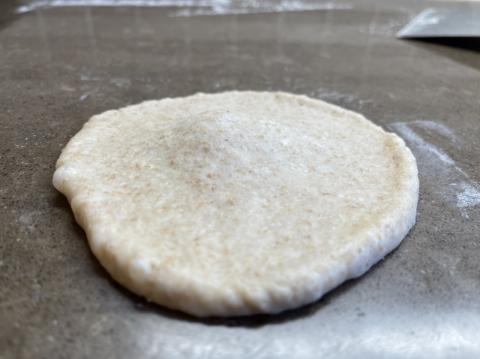 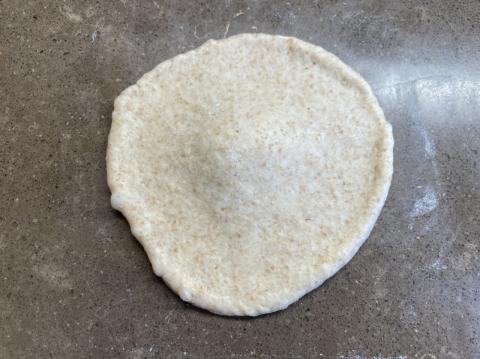 Fill each circle of dough with about 2 tsp of the fillling. The carefully fold the dough over the filling all around to encase the filling completely. Ensure you pinch the dough closed otherwise the bun may open during baking. 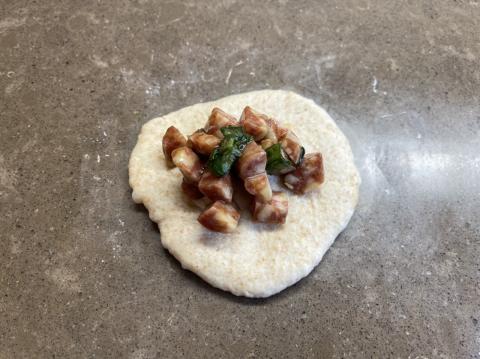 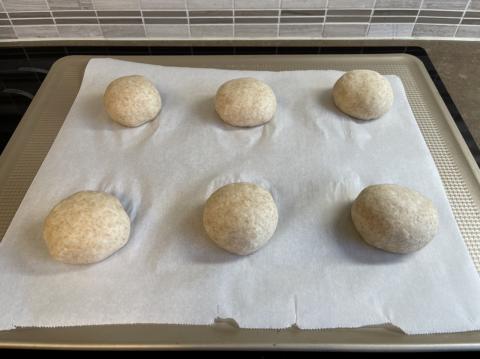 Place the the buns on a parchment lined cookie tray and either place them in a plastic bag or put them in a humid warm place. I used my oven with the light on and a cup of boiled water for humidity. After two hours or so the buns passed the poke test and the aliquot jar showed an 88% rise.

I should also note the pH information. The dough at the time of mixing had a pH of 5.81 and at the start of bake the pH was only 5.29. So again the stiff sweet levain produces sourdough bread that isn’t sour.

Pre-heat the oven to 400°F 30 mins prior to when the buns will be fully proofed. At that time give the buns decorate cuts with scissors to give them the appearance of flowers, this is optional. Next brush them with an egg wash (1 egg, 1 tbsp milk and a pinch of salt). Just before baking brush them again with the egg wash and then finally apply the black sesame seeds. 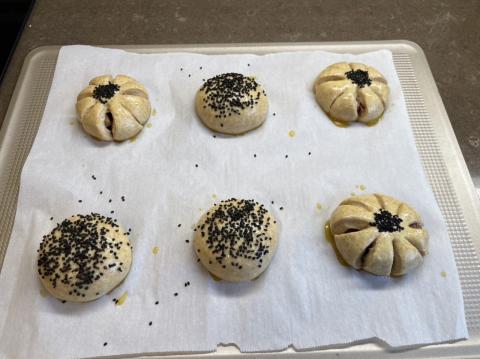 Bake for 30 mins at 350°F (drop the temperature) rotating the cookie tray halfway through. Watch the top crust as they may darken quickly and you may need to shield them. Remove from oven and allow to cool. 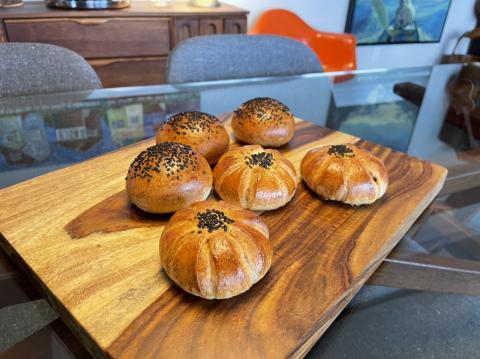 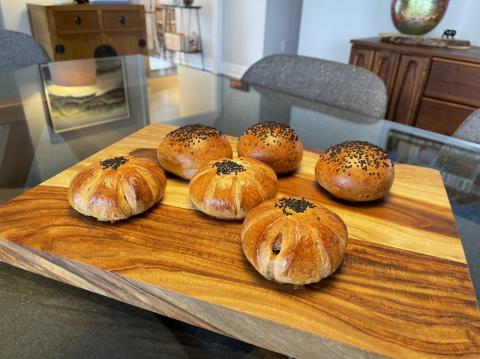 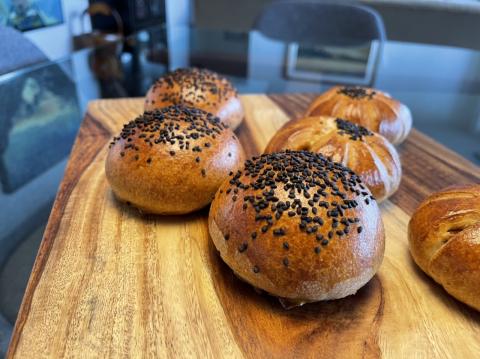 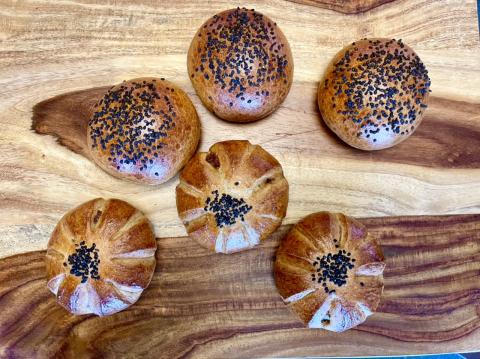 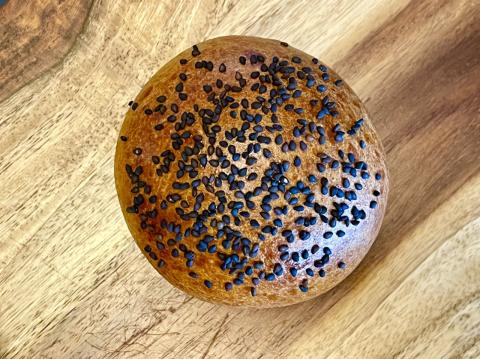