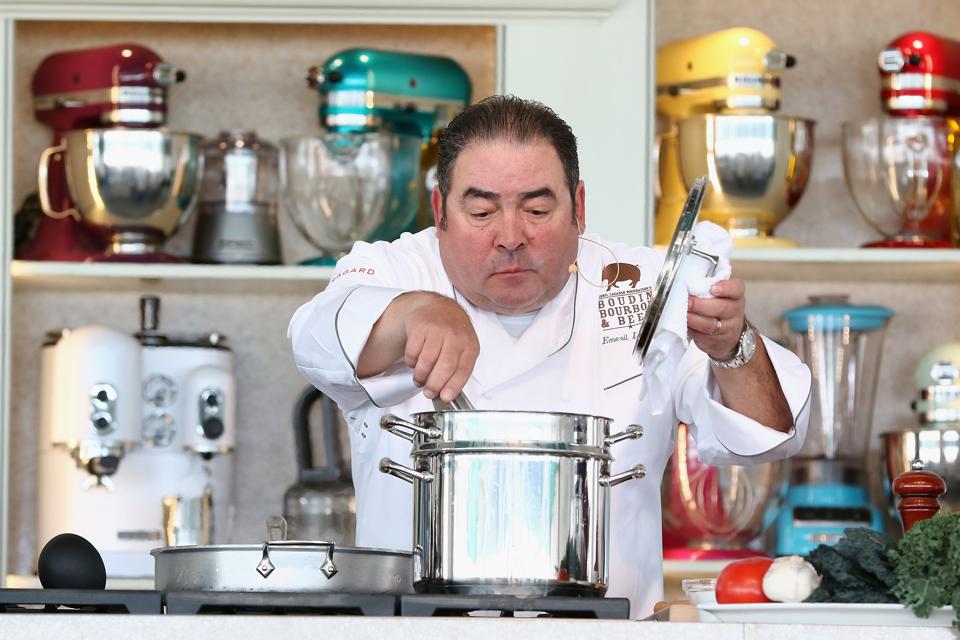 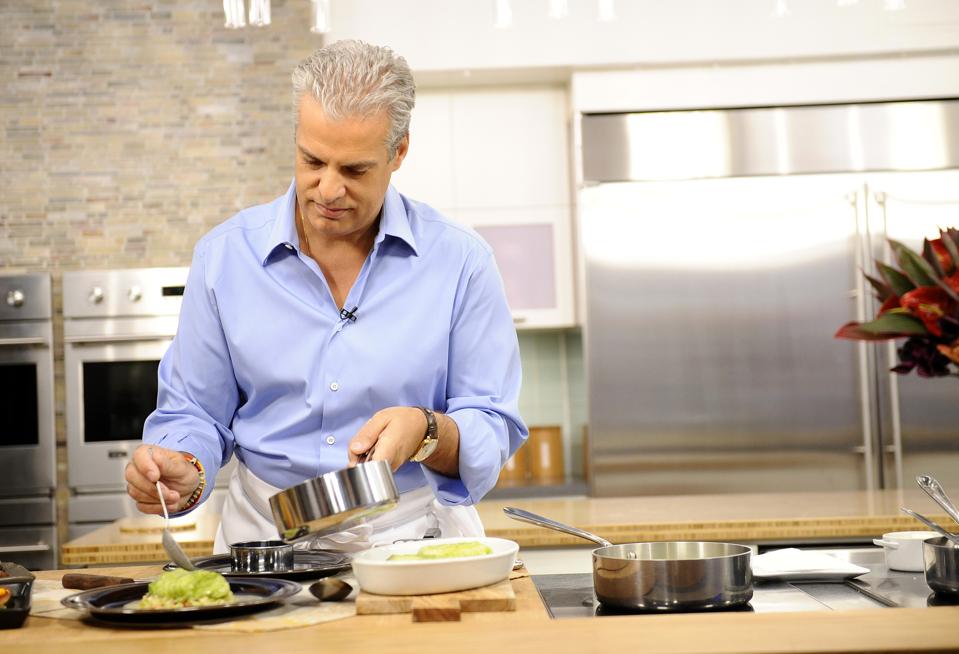 Personality aside, when it comes to restaurants, kitchens and menus, chefs are laser focused, uncompromising perfectionists obsessed with ingredients, preparation and presentation. Their signature dishes and distinct restaurant décor must pass the eye, nose and taste test. 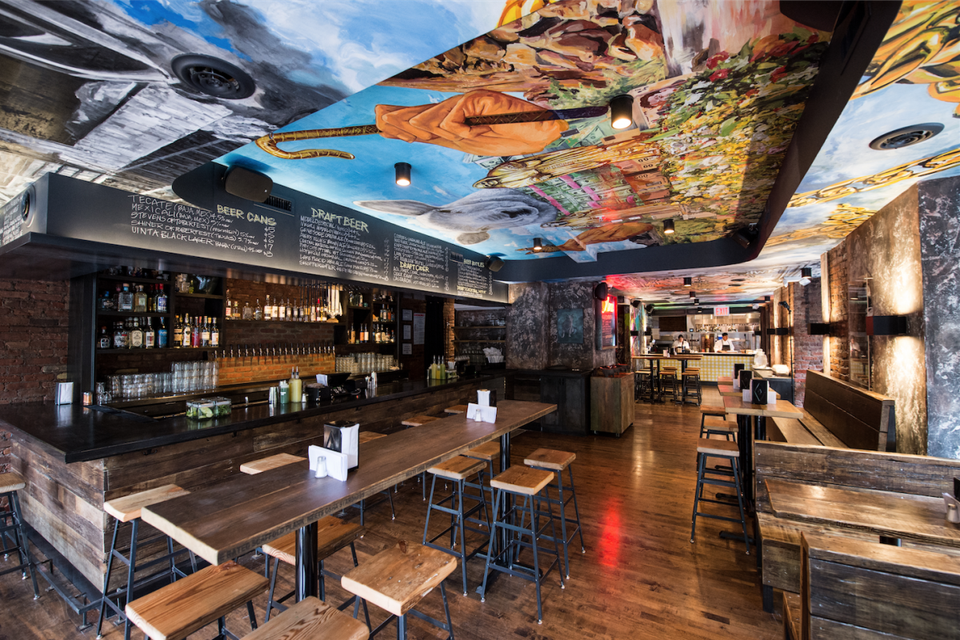 Star chefs and foodie culture have inspired restaurant design into an exalted vogue art worthy of their fussiness. Some designs are so delicious you can almost taste them. That’s where architect Glen Coben comes in—you could call him the Chef de Décor. Coben, principal of New York-based Glen & Co., knows this game more than most. Although his firm’s projects comprise retail stores, residential and hotels (including the historic Adelphi Hotel in Saratoga Springs), 35% of his practice is restaurant design. His recent book, An Architect’s Cookbook: A Culinary Journey Through Design (half design journal, half cookbook with chef recipes) explores this gastronomic universe—bringing culinary stars into brighter focus, architecturally. 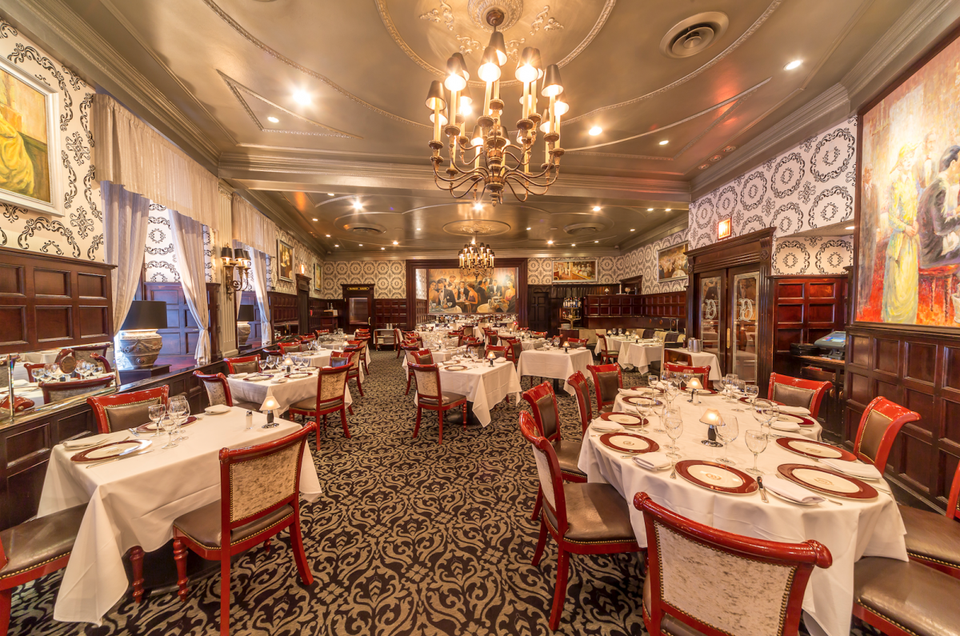 Coben collaborates with top chefs, conceiving restaurants consistently awarded with Michelin stars. He recognizes the dining experience begins long before the first appetizer or wine sip. The first impression is the restaurant’s design. His projects are personal narratives, with the chef, cuisine, city and restaurant ambiance as the main characters. “The game has changed and the stakes are so much higher for each chef now,” says Coben, who has partnered with world-renowned chefs like Mary Dumont, Alex Stupak, Gabriel Kreuther, etc. “Costs are insane and as investments, everyone is looking to open as quickly as possible. Because these chefs are celebrities, reviewers are not giving restaurants enough time to work out their kinks and find their groove. As the chefs become bigger brands, people are trying to knock them off of their pedestals.” 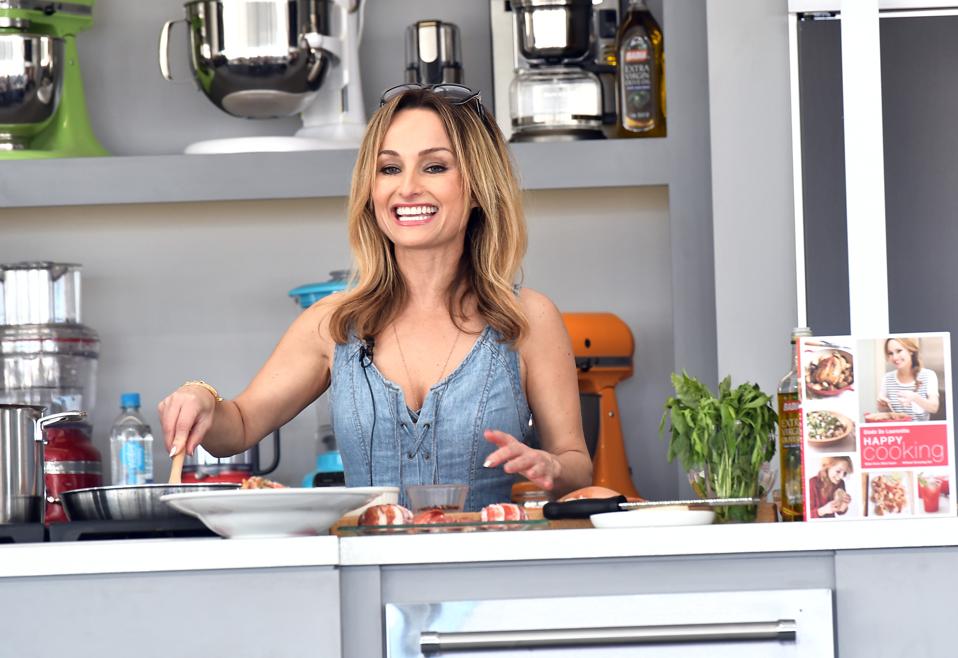 The drive to authentically succeed in this pressure-cooker career is featured brilliantly in Jon Favreau’s film, Chef. In real life, sometimes chef stress is self-inflicted (Batali’s “Me Too” allegations). But every successful chef in this cut-throat business knows—keep your kitchen clean and keep your head down. 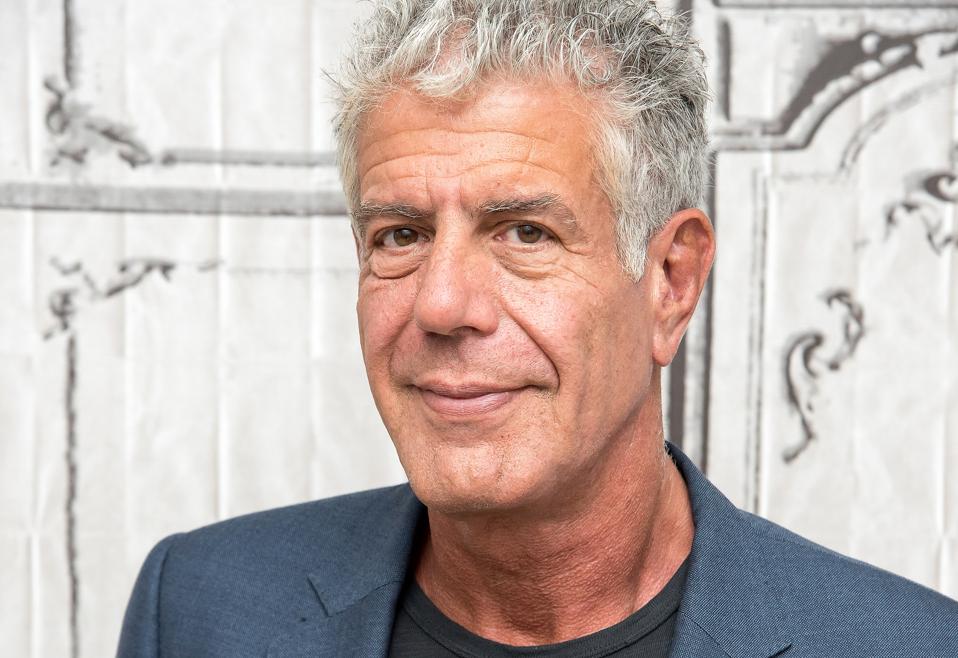 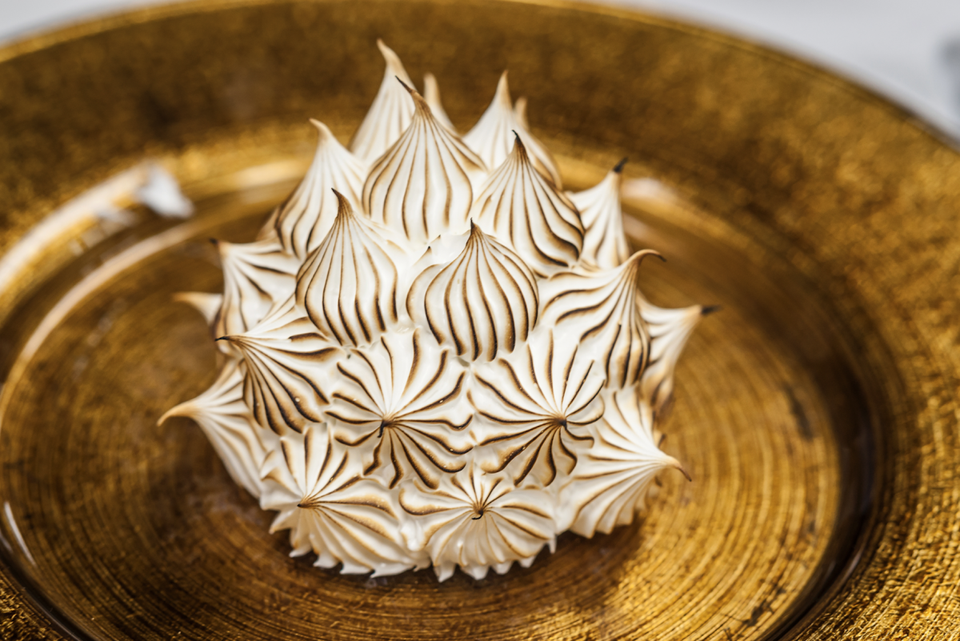 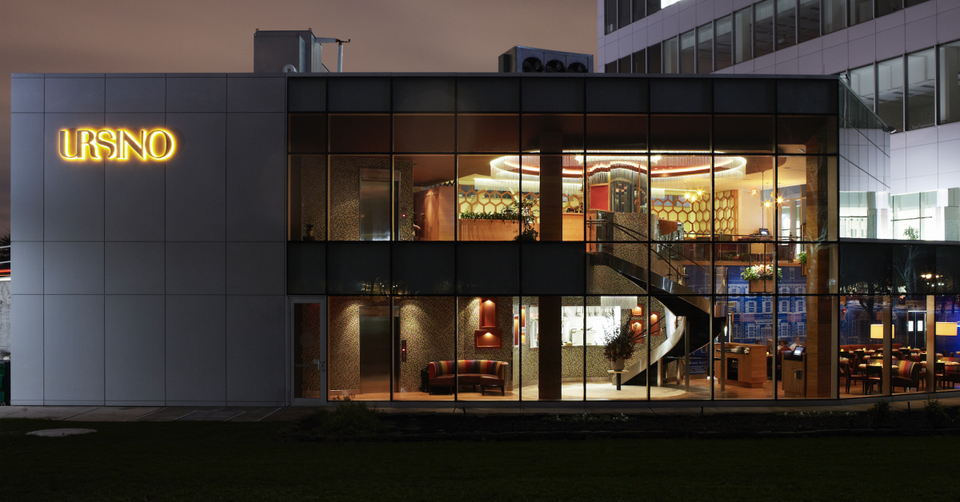 “Each chef is our tour guide, our inspiration and leader,” says Coben. “Getting into their heads is key to capturing the essence or soul of the restaurant. I think we’ve solved each restaurant’s mission in an appropriate way so each chef can pursue his or her culinary goals.” 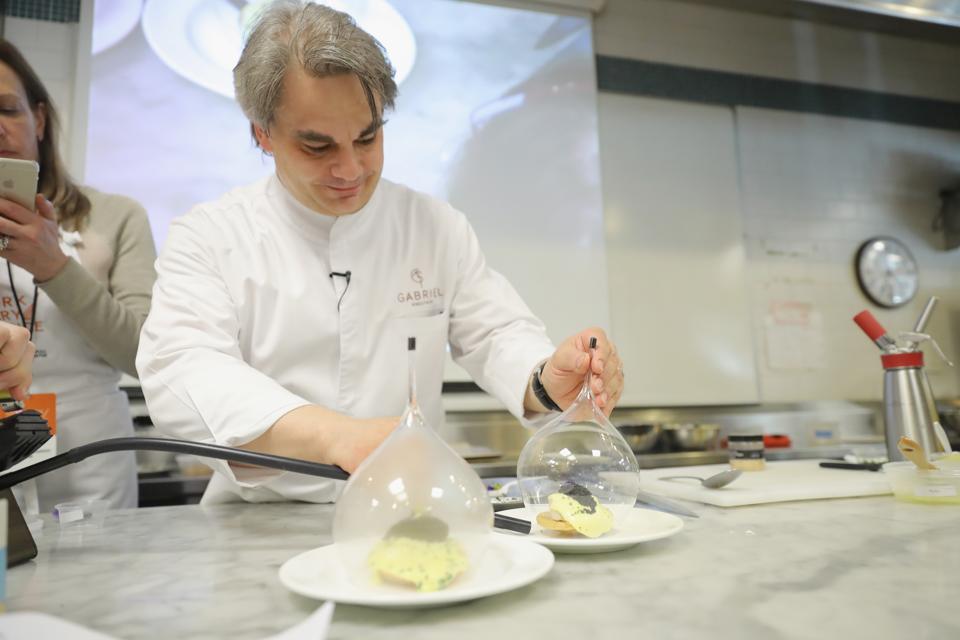 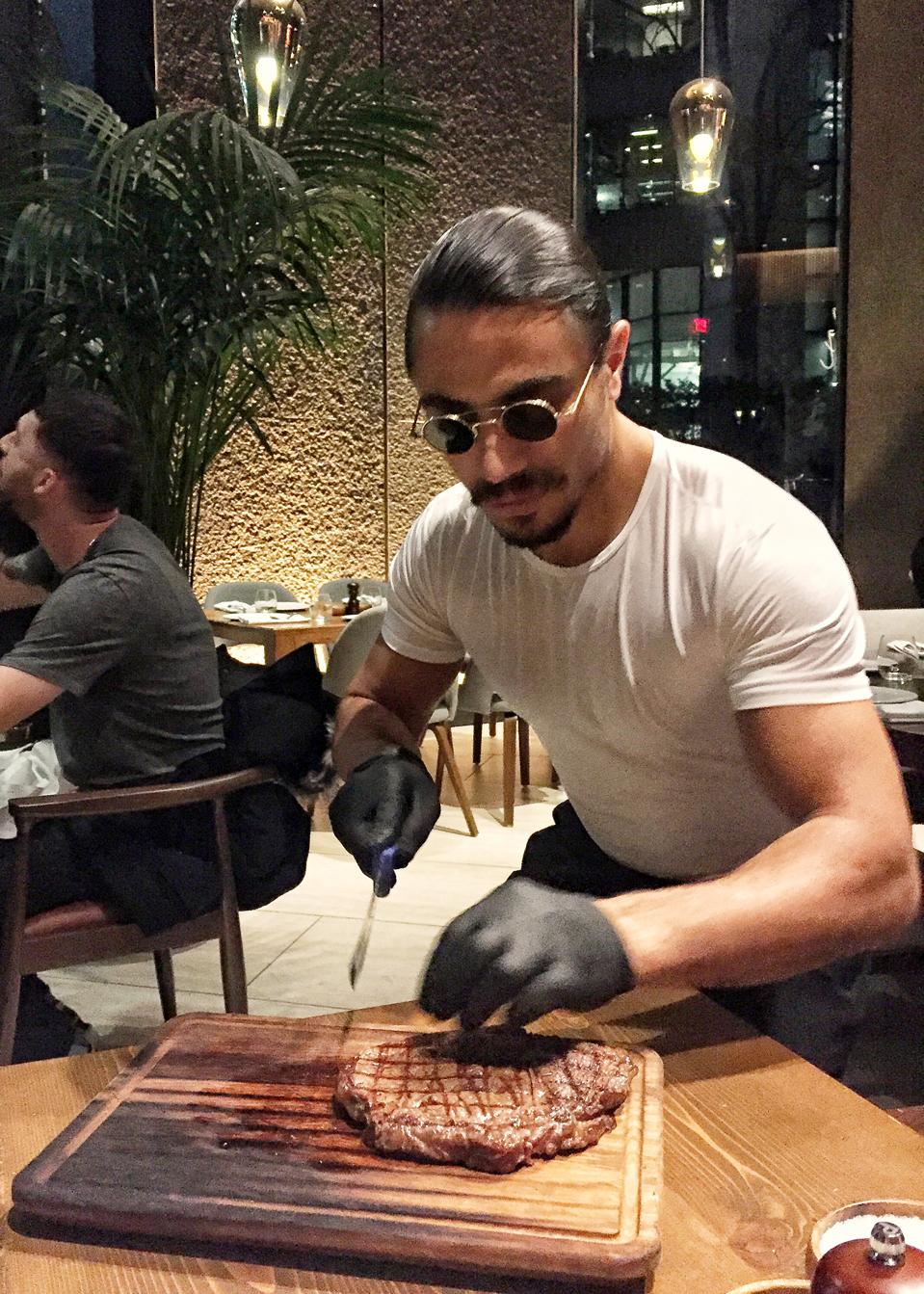 “This is not your typical steakhouse,” says Coben. “We had to manage the flow of a restaurant that Salt Bae really wanted to be alive—almost like a party, with a DJ booth and no stools at the bar.” 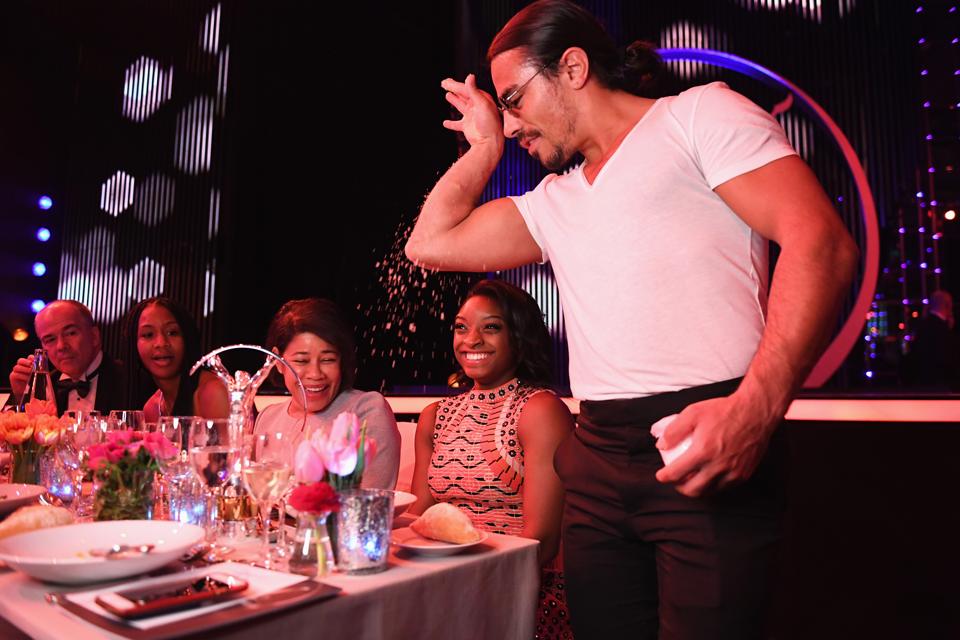 For Bâtard, the design features a cozy, relaxed ambiance without pretense to complement the food and service. “We’re providing a mini two-hour vacation, where [guests] can relax with great food and drink in a harmonious environment,” says Bâtard chef Markus Glocker. 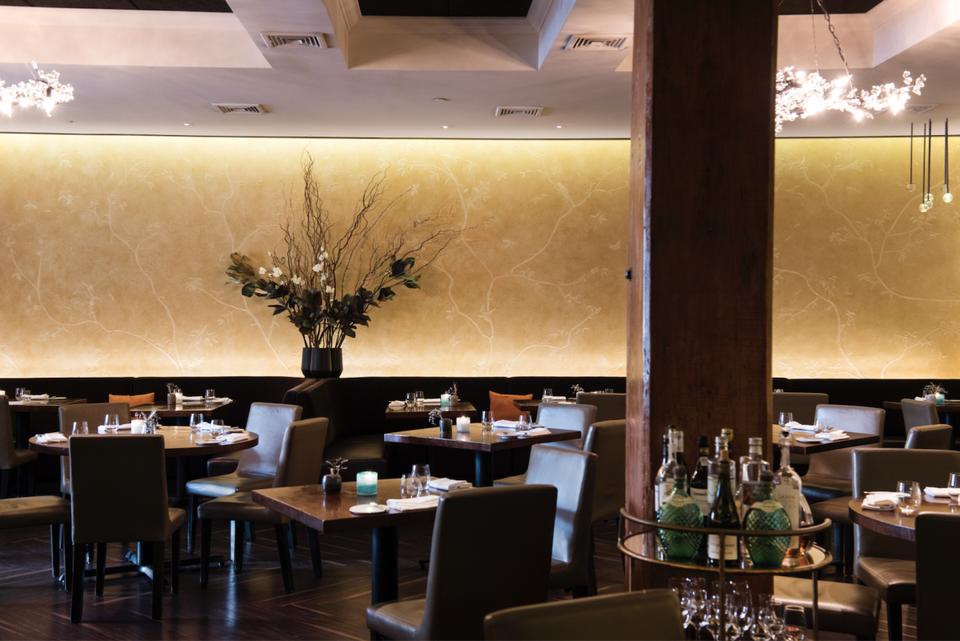 Glen & Co.’s projects extend beyond chef-driven, Michelin-rated restaurants too. The firm also designs local, smaller restaurants without star aspirations—working with chefs and restauranteurs who are passionate. No design is generic. Flow, efficiency and chef backstory are paramount. With Gabriel Kreuther, he took a virtual tour of the chef’s hometown, which inspired a copper motif on the back bar, green kitchen tiles and street lamp light fixtures. “I grew up in the region of Alsace, France on a farm, so we used that element for the research and acquisitions of original reclaimed farming items that we used in the process,” says chef Gabriel Kreuther. “We connected the style of cooking with the backdrop of the design so that [they] talk to each other. If it’s done well, [interior design] kind of transports you and makes you interested in researching the place, the region. Especially when the experience is a great one—it becomes memorable.” 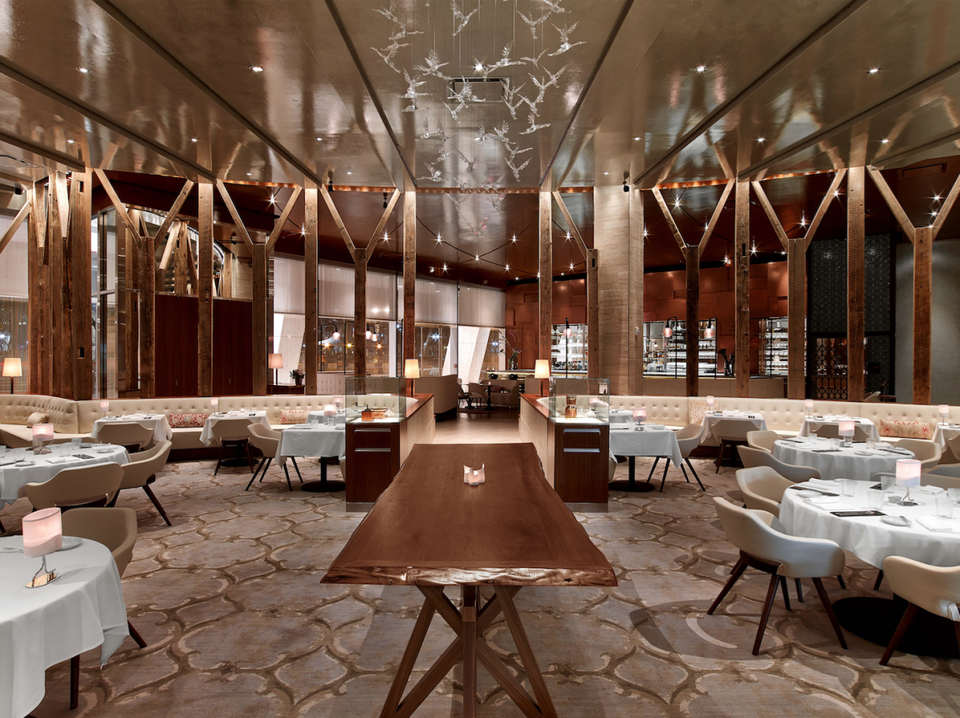 Coben designed his first restaurant for Haverson Rockwell in Norfolk, Virginia in 1988. Like one of those memorable gourmet meals, he was hooked. “I couldn’t tell you the name, but it was Italian and I loved designing it,” he says. “I learned that this was a specific project type that I wanted to pursue.” Later he designed a few restaurants in Chicago, where he “got the itch back”—learning the importance of restaurant flow and understanding the chef and customer. Glen & Co.’s first restaurant design was Washington Park for chef/restauranteur Jonathan Waxman, an experience he calls a “master class.” 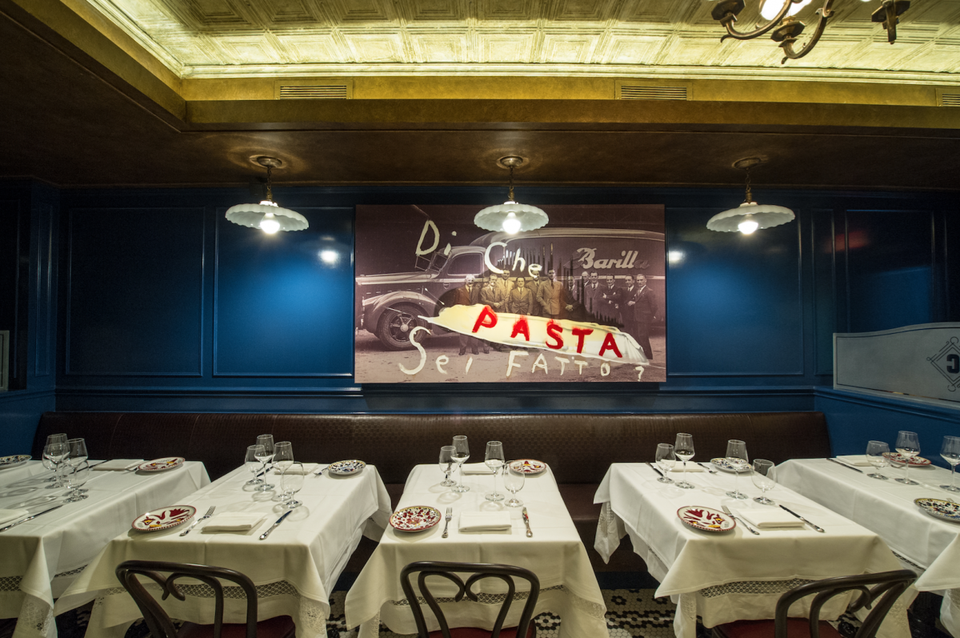 Coben insists restaurant design “isn’t just the pretty stuff”—there are hundreds of design decisions to consider. Flow, spacing, chair comfort, acoustics and lighting (so dishes look appetizing) are all choreographed to the guest experience. Common design mistakes include dull lighting (which makes guests tired), poor flow (where wait staff and customers bump into each other) and inefficient bar space (“where drinks take forever to come out”). 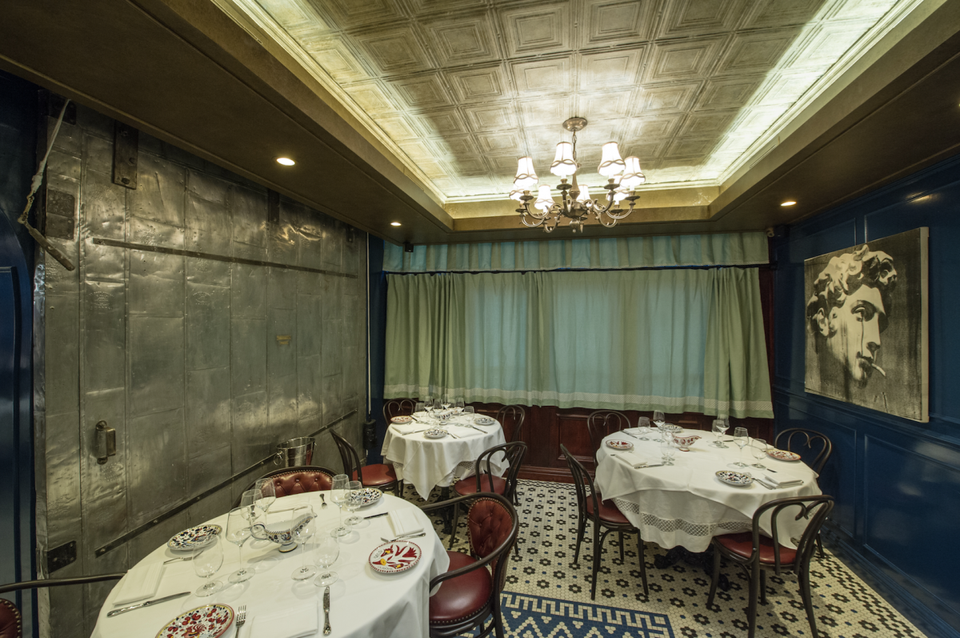 “We won’t start on what [the restaurant] looks like until you tell us how you’re getting food out of the kitchen and where the dirty dishes and glasses are going when the tables get cleared,” he says. “This goes for a 4-star restaurant or a barbecue joint.” 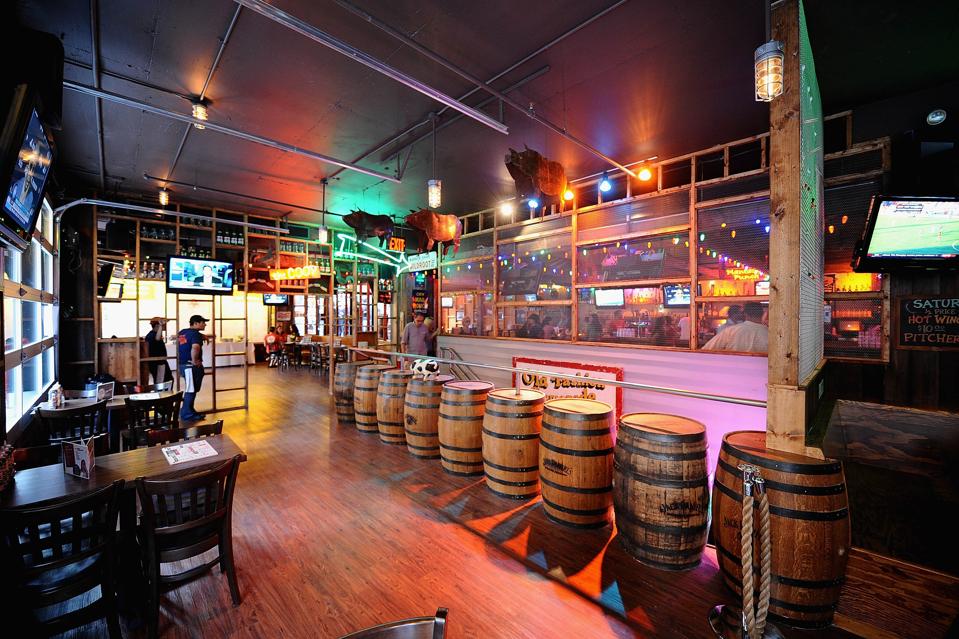 Designing restaurants also demands on-the-fly problem solving. While completing a restaurant in the Time Hotel, he sat in the dining room and noticed car headlights from a parking garage gleaming through the front windows—only one week from the opening. It’s wasn’t the sort of spotlight he intended. “We fixed it by adding panels on the bottoms of the glass doors, averting a big distraction,” says Coben. 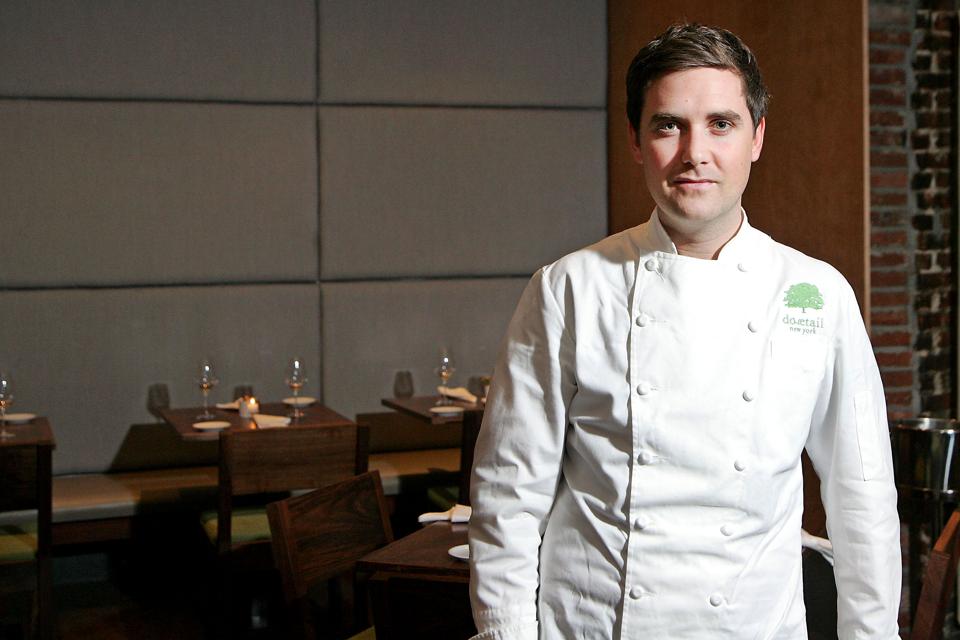 Chef John Fraser (who recently sold his interest to partners) tapped Coben to design a more personal statement for his former restaurant, Dovetail. The original design was appealing but its ample wood use of wood felt like a sushi restaurant.  Their collaboration uncovered the restaurant’s true essence. 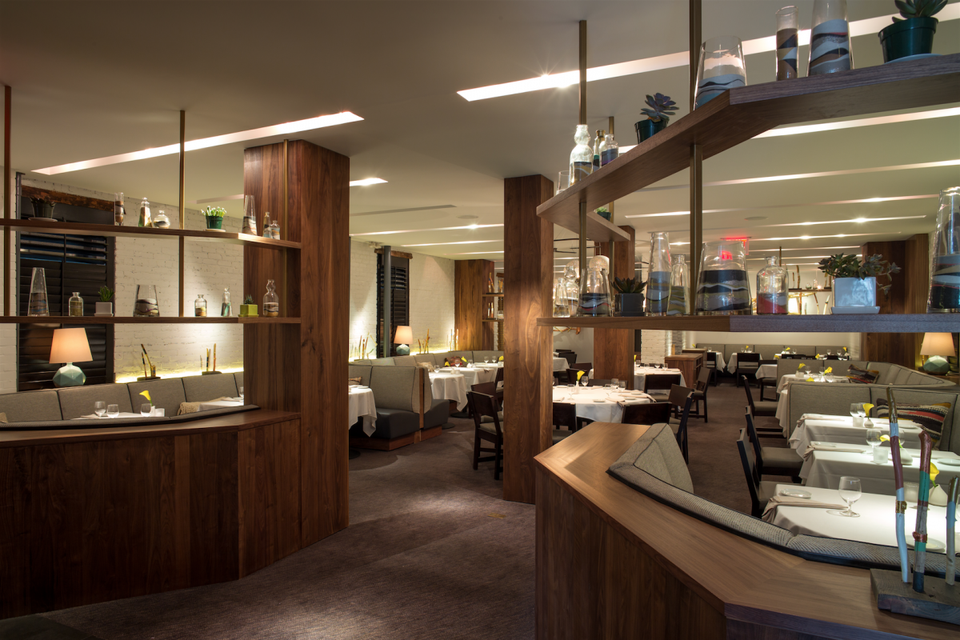 “As John evolved his cooking, he felt that the original design did not fit with his philosophy or match his background as a kid who grew up in California,” says Coben. “The restaurant already had a Michelin star. But I applaud John’s desire to make a paradigm shift while operating a well-established and highly-rated restaurant. He received a Michelin star after the renovation, again telling me that while the design matters, it is the food and service which keeps them coming back.” 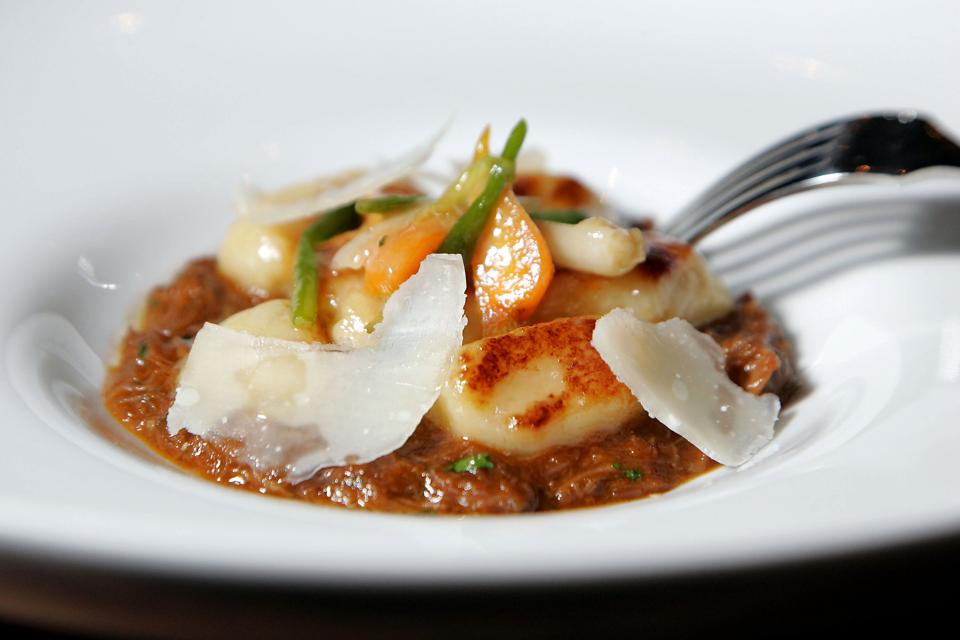 Even as customers return, the restaurant game is a high-stakes gamble—stacked with grand opening, permanent closing and chef turnover chips. Egos are fast and furious. So restaurant designers with big egos beware—you’re dealing with chefs here. An unchecked designer ego is a recipe for pretension and inauthenticity. 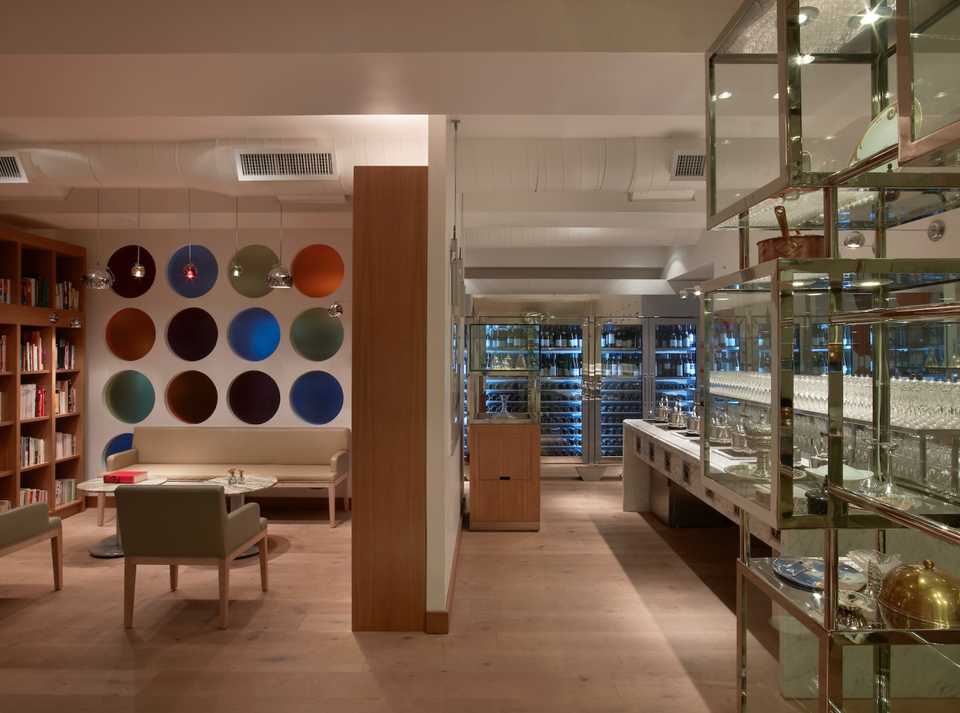 “We’ve all seen restaurants where a designer wanted to make a statement that lacks cohesion with the rest of the design or [it’s] something that’s too distracting,” says chef Harold Dieterle, first season winner of Bravo’s Top Chef and former owner of The Marrow. Coben learned this valuable lesson early on from Waxman. “JW said, ‘This is a small room, leave your ego outside, listen to me and deliver me a restaurant that is bright, airy and allows me to see everything from the kitchen. And have some damn fun.’ ”

Coben has been having fun ever since—with some exceptional meals along the way.