I have a bottle of wine that isn’t my favourite so decided I’d try to make vinegar from it as a fun experiment.  Started on March 28/22.

The easiest method of making vinegar from wine is by using unpasteurized apple cider vinegar which has the mother in it.  Apparently it is Acetobacteraceae that metabolizes alcohol into acetic acid in an aerobic reaction.  If one uses unpasteurized apple cider vinegar the mother should be alive and well.  By adding this to the wine the Acetobacteraceae will convert the ethanol into acetic acid.

I read a bunch of blogs that said you must use sulfite free wine.  The problem is that sulfites are apparently a natural part of the wine production even when they aren’t added to the wine so there isn’t really sulfite free wines.  However, using a wine low in sulfites, one to which no sulfites were added is apparently beneficial.

Another factor is the alcohol content of the wine, if it is much above 8% then adding the mother to the wine may not work because over 8% the acetobacteraceae may not be able to function.  Since most wines are higher than 8% what one can do is blend the apple cider vinegar to the wine in a ratio that ensures that the alcohol is no higher than 8%.

So with in mind I mixed the wine and the apple cider vinegar in a 1:1 ratio in two mason jars.  In order to provide the aerobic environment I placed medical gauze over the tops of each jar and then secured it with the lid without the center in place so the wine/vinegar could breathe.  This seems to be working because there is now a layer at the top of the liquid which I assume is the new growing mother and the mixture is starting to smell really good of vinegar. 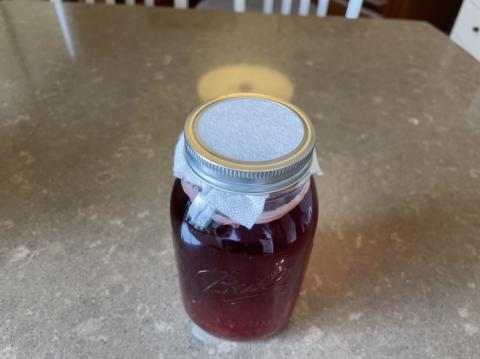 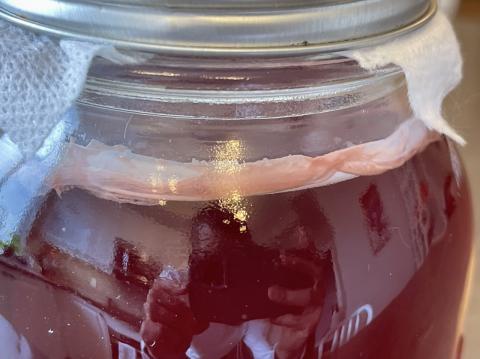 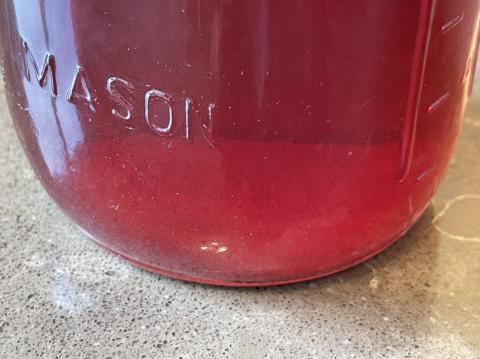