One lump or two

One lump or two

A follow up on a sweet stiff leavain bread after the first attempt produced a decent loaf but with large mysterious cavities in the crumb. For comparison I used my usual country bread recipe and did a second control version with the normal levain minus the sugar. Both doughs got the same autolyse and coil folds and a 4 1/2 hour bulk ferment. 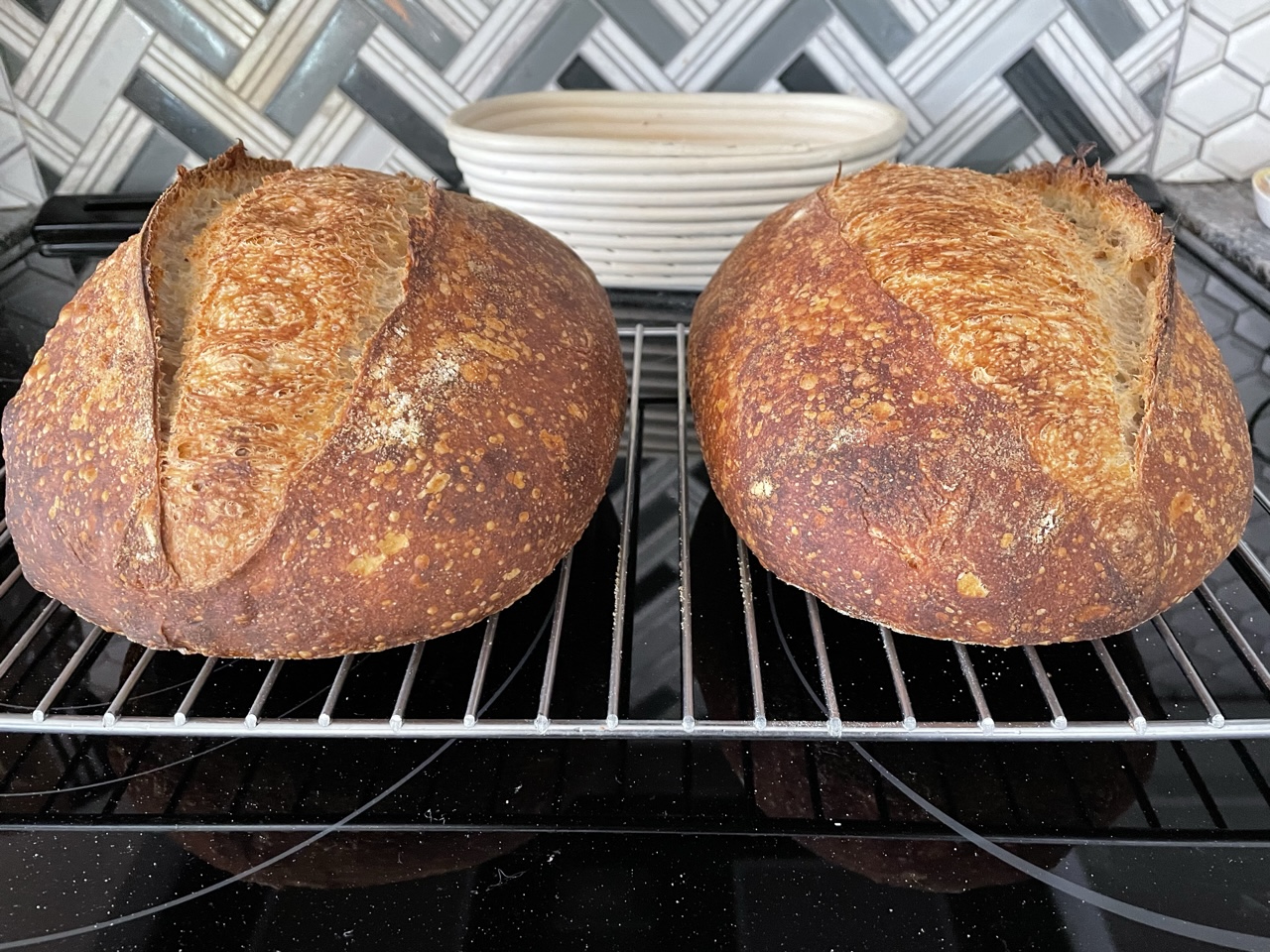 The sugar free breads. My starter has gotten quite vigorous lately and all the loaves had increased volume so much so that the fully proofed bread domed well above the basket rim. I am going to have to reduce the total flour because they no longer fit in a gallon bread bag. 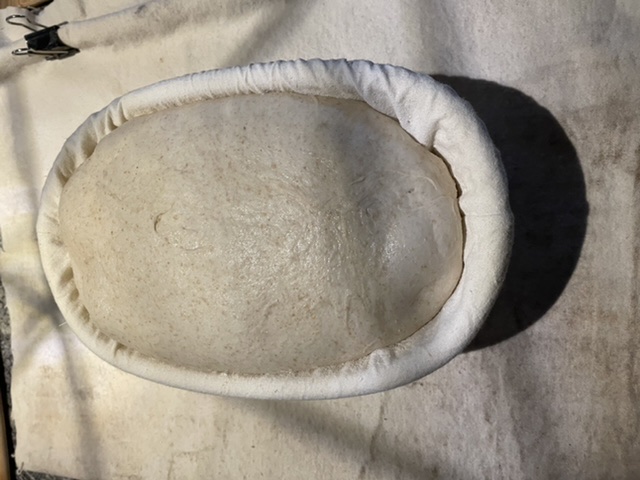 The sweet levain bread has a thinner crust. 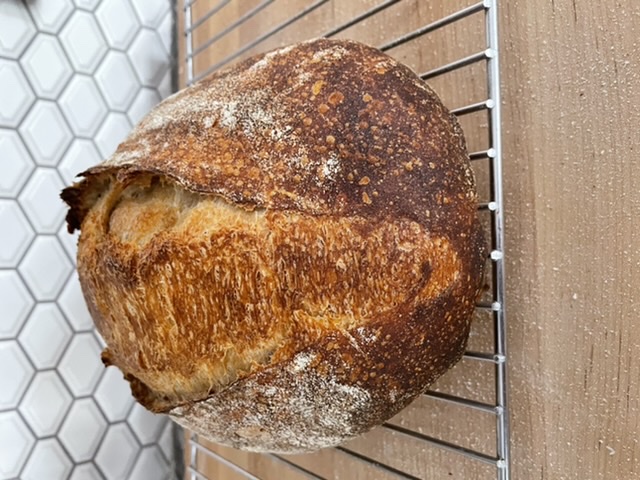 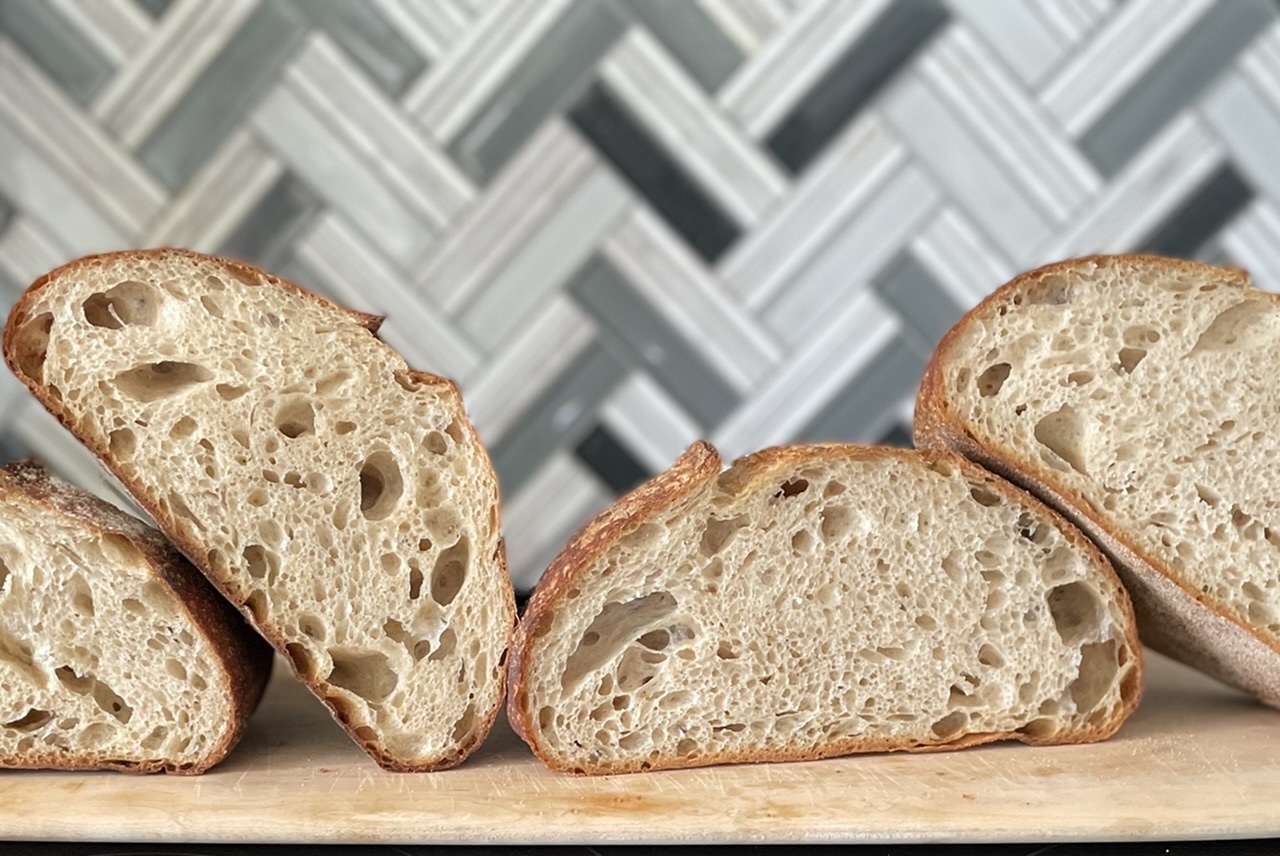 The sweet levain is on the left and the sugar free is on the right. In spite of popping many large bubbles when I shaped it the large holes were still prevalent. More than the photo shows because I had already cut two slices from the sweet one that had more strange holes than bread. The crust was much thinner on the sweet bread but that is probably related to not being retarded. The non sugar bread had more volume and a tighter but lighter crumb.

I don’t know how much to conclude from this bake other than the sweet levain is a gassy unruly dough that is hard to predict. The sugar prolongs the keeping quality but there is a noticeable difference in texture between the two especially when toasted. The sweet levain bread toasted is sort of more like cotton candy.
I have been using the sweet stiff levain for making 100% WW pan loaves and really like how it works for allowing for a longer proof. I intentionally pushed the fermentation to slightly over proofed because I like the shape and crumb better. 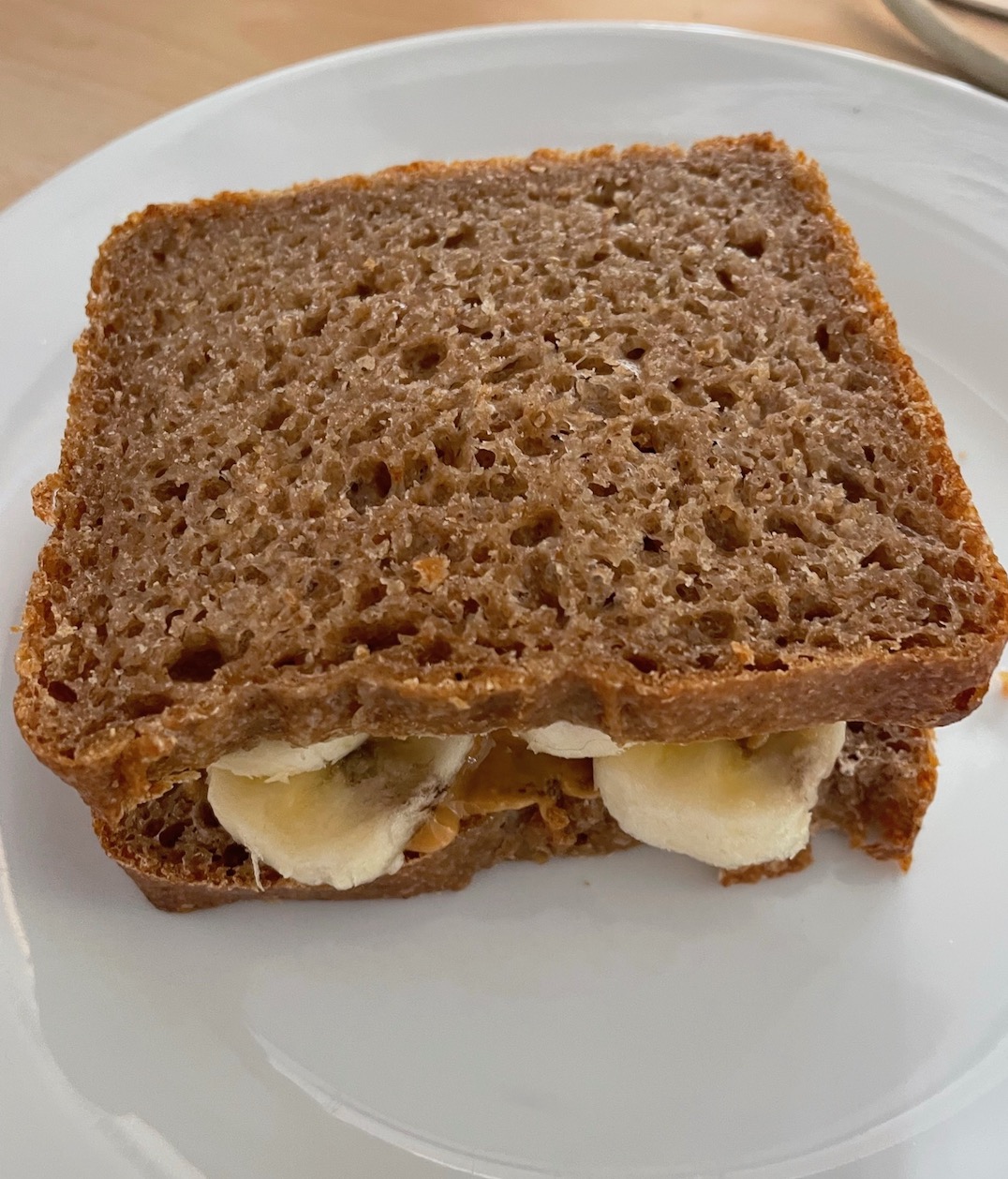