Lots of firsts in this loaf, so not sure any conclusions can be drawn from any one part of it, but overall, the combination produced a really nice loaf (for me anyway).

– New starter (not really done yet, but I got impatient)

Something simple with toasted sesame seeds.  Developed gluten like I normally do, but this time I left the inclusions out until I had decent gluten development instead of adding to the initial mix.  Tried folding them in as part of my final sets of kneading.  It worked OK, but in hind sight I should have laminated them in.  I did two or three extra S&F in the first 90 minutes of bulk to try and further distribute the seeds.  In the end, I think lamination would have been faster and definitely would have produced a more even distribution.

I’ve had trouble recently with the seam opening on my boules.  For this one, I abandoned what I was doing and followed Danni’s description on her technique.  Love the look of her natural scored loaves and decided to see if I could duplicate it.  I think it went well.  I only had one seam open, but I’m guessing each loaf will look a little different if I continue using this method.  Regardless, the shaping technique worked well, so will continue to use it whether I proof seam side up or down.

Picked up a piece of 1/4″ plate from a local machine shop.  Had them cut it 15″ x 20″, which fills one of my oven trays with about a 1.5″ air gap on either side.  I filed down any sharp/rough edges and sanded off any corrosion products.  Applied a thin film of canola oil and baked it at 400 deg F for 1 hour.  For my oven set up, I have a large cookie sheet to act as a heat shield/steam tray on the bottom shelf, the baking steel two spots above that, and another large cookie sheet as a heat shield on the top tray.  1 cup of boiling water goes into the steam tray at the start of the bake. 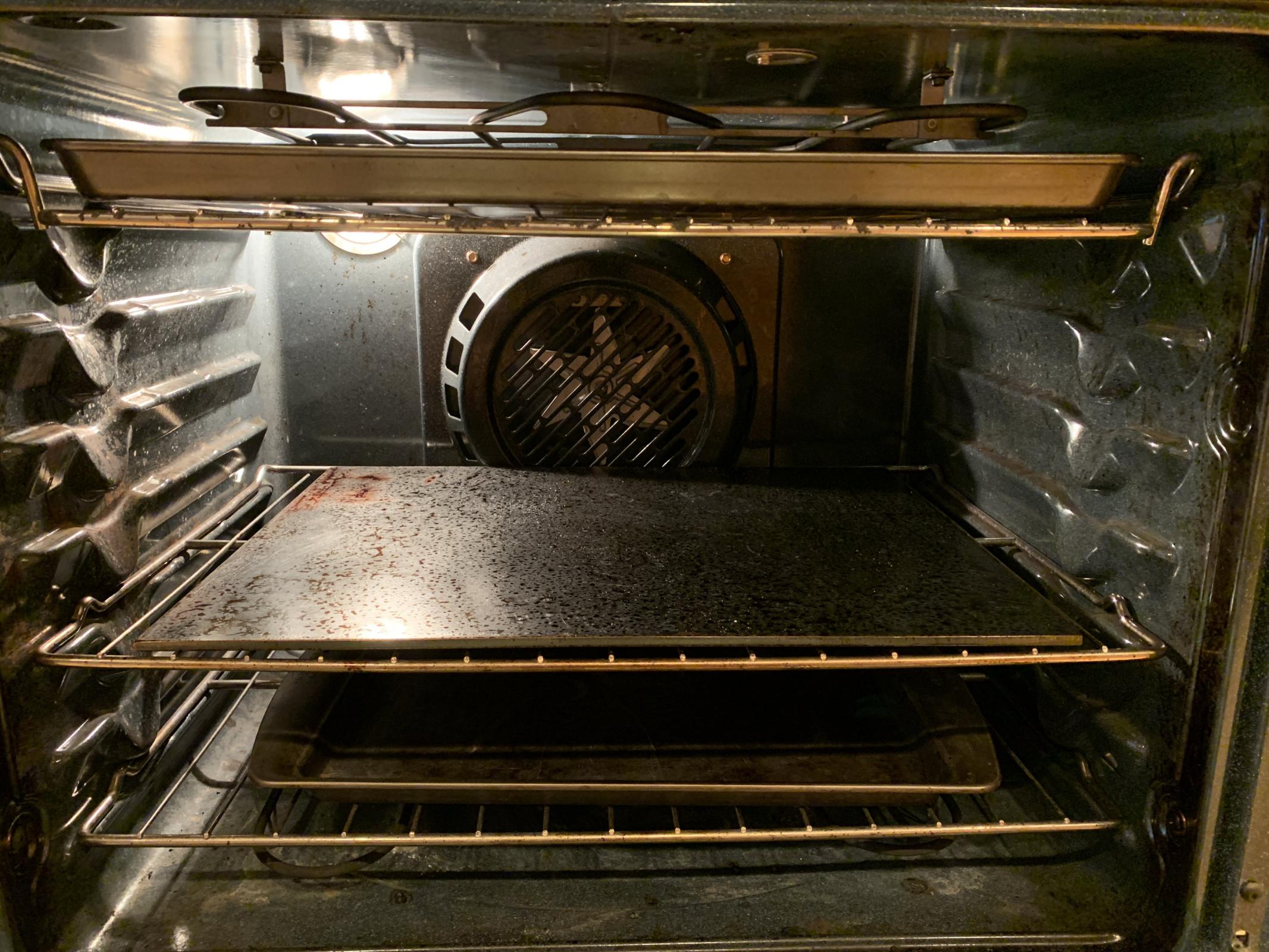 Working on a new starter that you can read about here.  Wanted to try out the new baking steel, so decided to use some of the new starter as it’s developing.

Loaf turned out great!  I’m pretty sure it’s the tallest hearth loaf I’ve ever made, and it is definitely the tallest round loaf.  First slice was right down the middle, and it looks like I trapped a big bubble either during final shaping or with one of the S&F.  The next slice into the loaf is the crumb I like to see, so overall happy with how the loaf turned out.  Too many firsts for me to say any one item had a certain effect, but hoping I can reproduce the overall result on the next bakes.  The low whole grain flour content  probably helped in the loaf height department too. 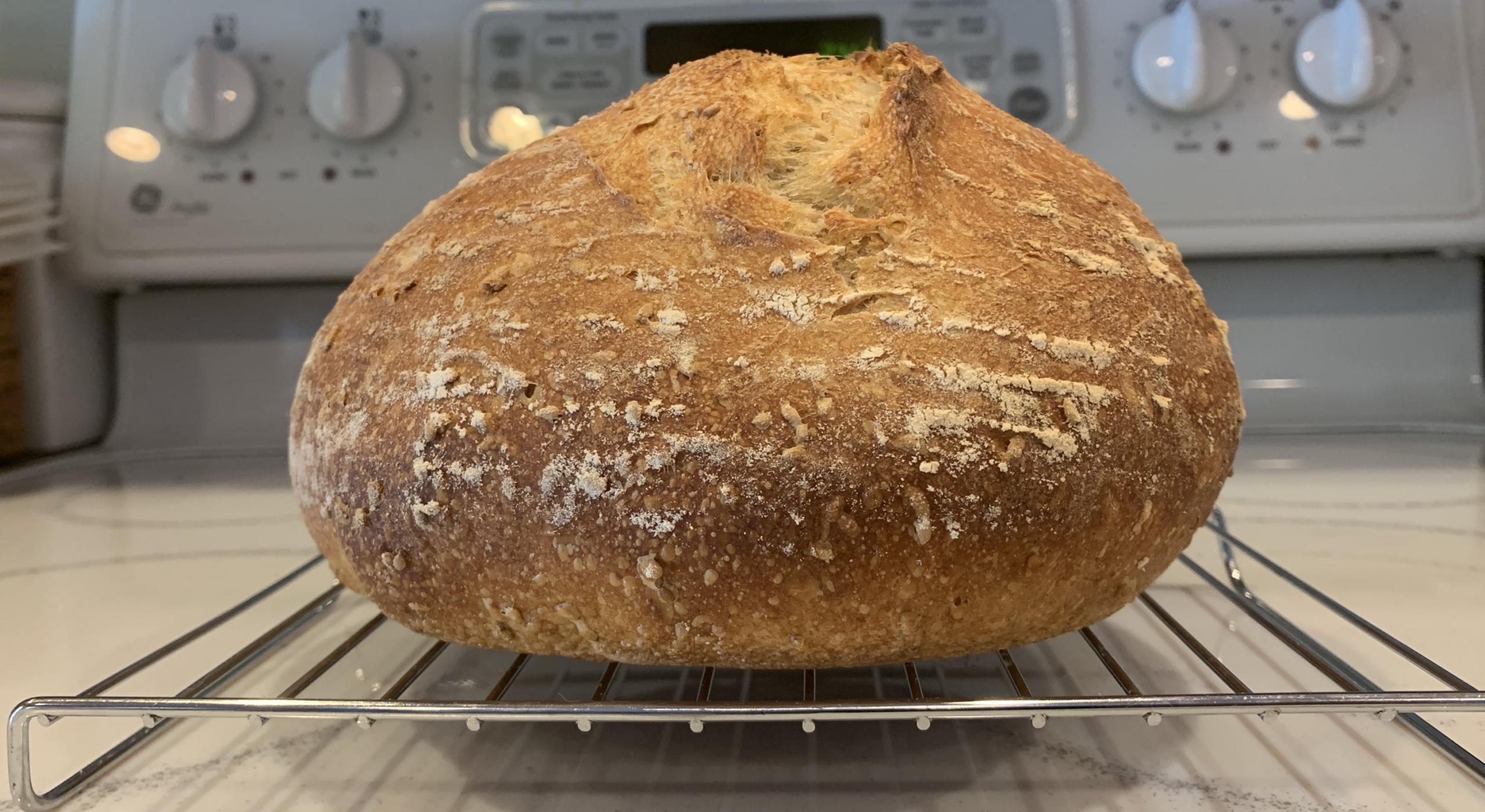 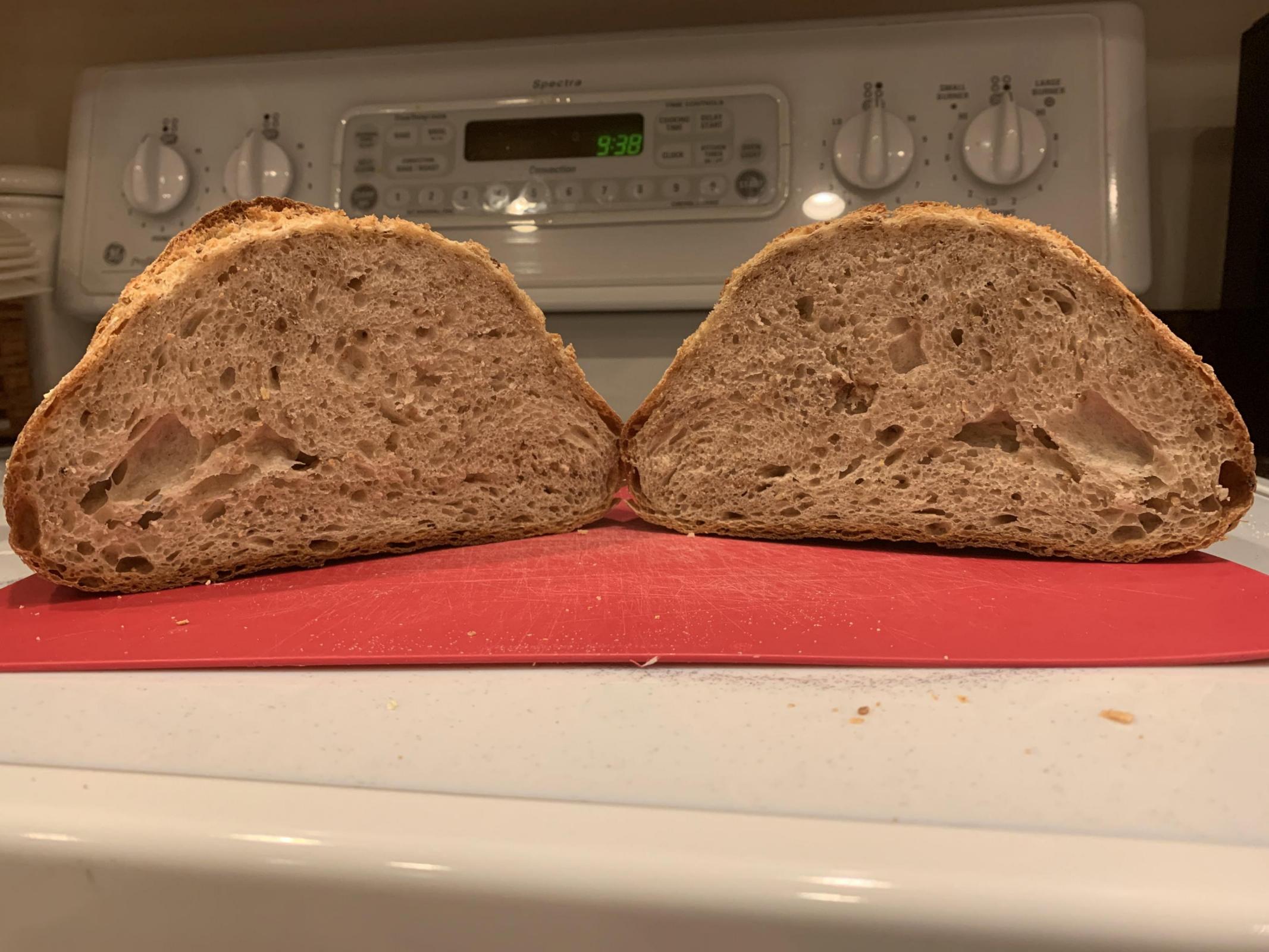 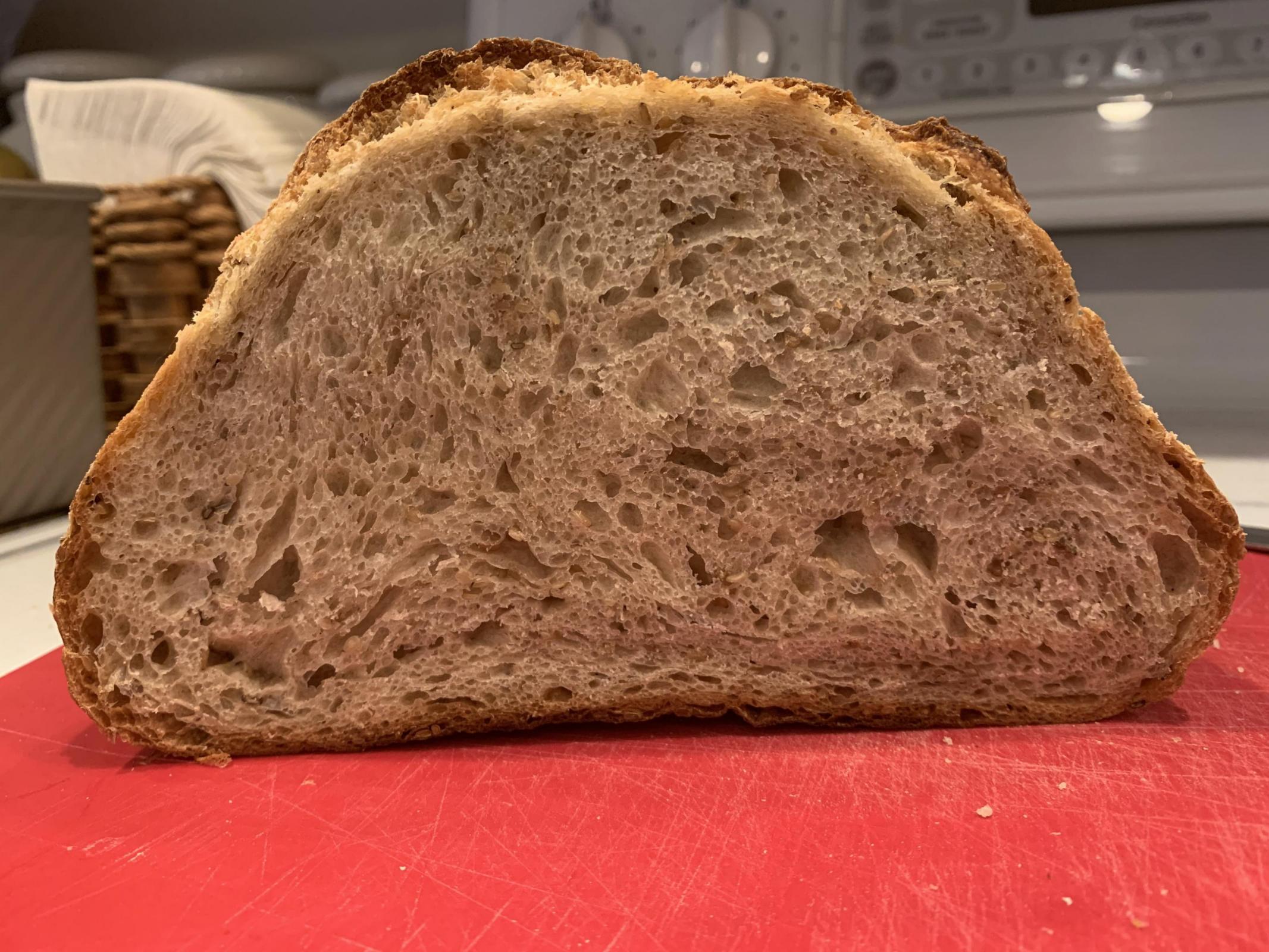