This easy 7-layer dip is the best of the best thanks to a few secret (and simple) mix-ins that take it to the next level. It’s a tried-and-true favorite! 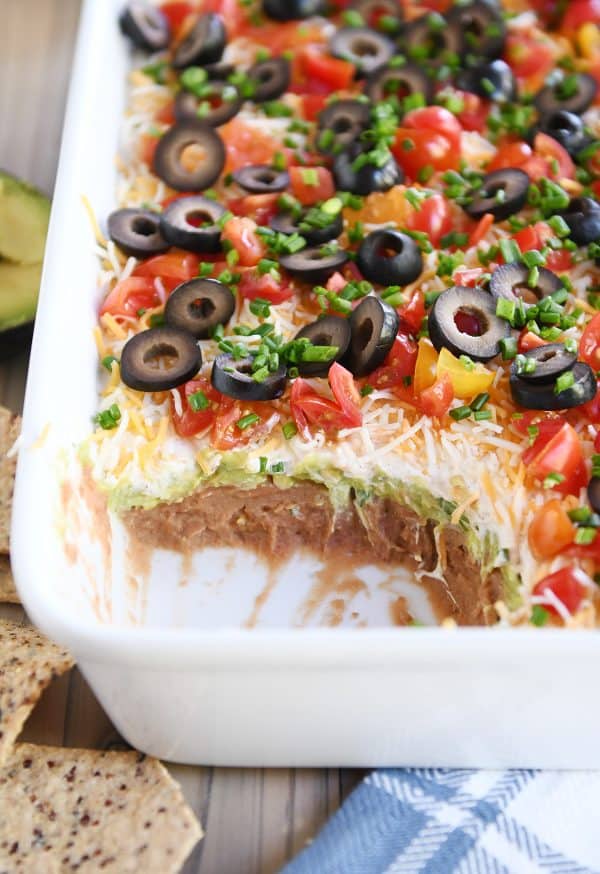 Why does 7-layer dip have to be so goooood? It’s one of my favorite appetizer snacky things of all time.

And if it’s served at a potluck or BBQ, good luck trying to get me to actually talk to real, live humans in favor of standing by the food table near the 7LD at all times.

I have an older 7-layer dip recipe on my site that’s been around for almost a decade. It’s tasty. But this new and improved recipe is easier and much better, if I’m allowed to say so.