This amazing baked cheese manicotti has all the deliciousness of traditional manicotti with a much easier way to “stuff” the shells! 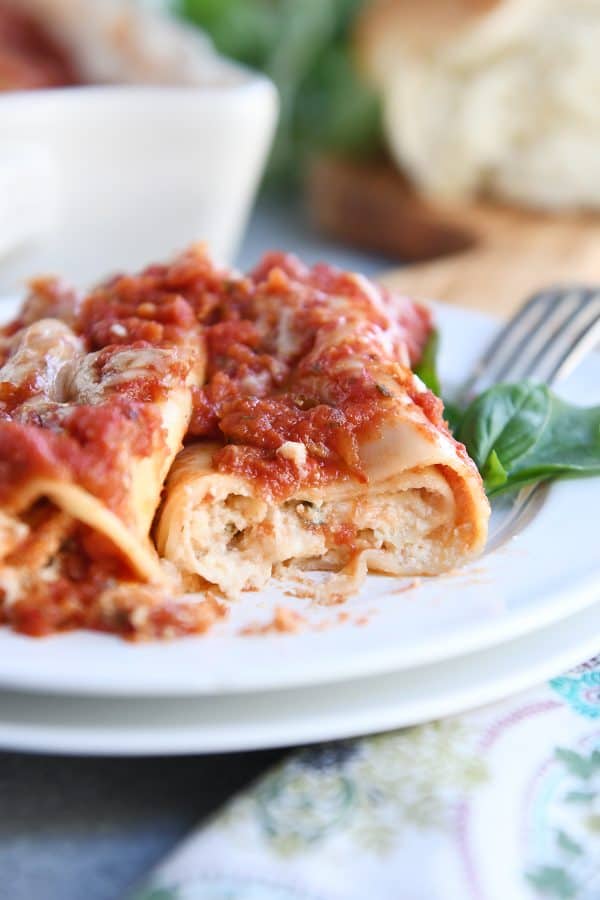 I used to think of manicotti as a super fancy (and fussy) way to eat pasta + cheese + sauce. Turns out that manicotti is actually pretty easy to make.

I’ve been making this recipe for over ten years, and it really is the best baked cheese manicotti out there.

The flavors are simple but classic, and it is one of those meals that pleases every single palate in my family. If that isn’t reason enough to rejoice, just wait until you see how easy it is to “stuff” the shells.