Thomas Keller, the master chef behind the Michelin-starred restaurant, The French Laundry, is an unlikely champion for business and organizational excellence

Thomas Keller, the master chef behind the Michelin-starred restaurant The French Laundry, is an unlikely champion for business and organizational excellence. It was in watching his Masterclass, that his dedication to the fundamentals of running an effective operation became extremely clear. I started watching his class with the goal of picking up cooking tips and tricks, but I walked away with an appreciation for success principles that drove The French Laundry to become a world-class restaurant.

Watching Keller cook is mesmerizing, like watching art in the making. But cooking is too often written off only as an artistic endeavor. To do it well, Keller explains, the underlying foundation is rooted in specific organizational principles. He lets us in on his six secrets to success, what he calls his “six disciplines of success.”

The six principles stuck with him and informed how he approached his future cooking career:

On Organization: “How to be organized and how to organize myself so other people could follow me.” The key to this is figuring out a “template.” “Being ready for the task is so important. It’s the difference between failure and success.”

On Critical Feedback: “Where we’re making our mistakes and how to correct them. And embrace the idea of criticism.”

On Teamwork: Even as a dishwasher, Keller understood he was the one providing the people with plates, with glasses, etc. “Understanding that everybody in our restaurant is part of a unified team. If anybody makes a mistake, we’ve all made a mistake.” 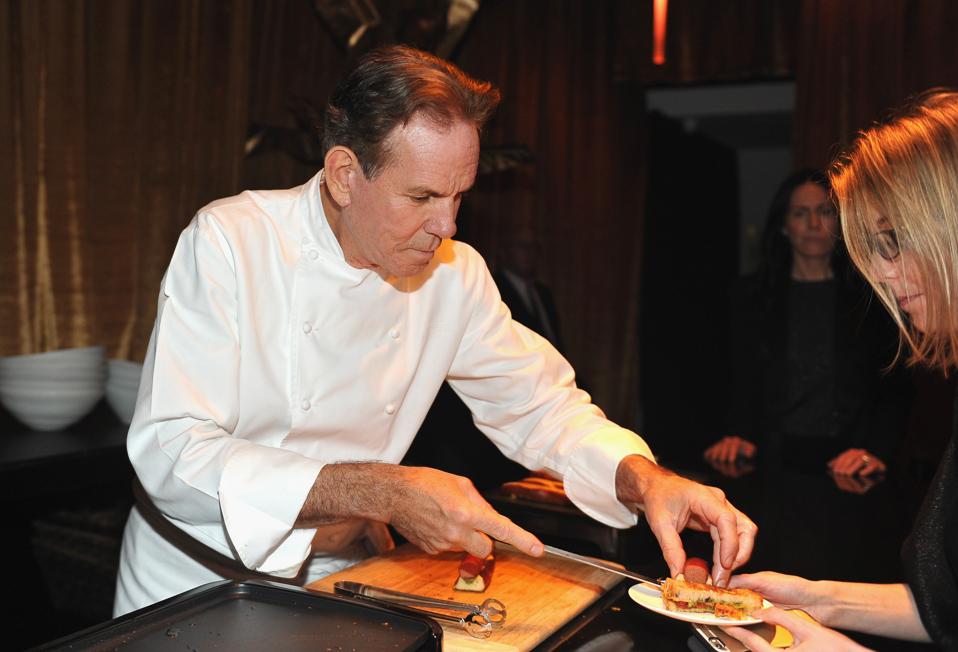 Principles, to be truly useful, need an overarching philosophy as a guide. And Keller found his as a teenager. He was working for a French restaurant in Maine when the chef pulled him aside to explain to him the essence of cooking. “Chef Henin took me aside one day. He was explaining to me why cooks cook, whether you were the short-order cook down the street, or whether you were the private cook for a family, or whether you were a chef in one of the finest restaurants in the world. And he said to me, ‘Cooks cook to nurture people,’ and at that moment, that very moment, July 1977, is when I decided to become a professional chef.”

The insight gave Keller a mission. The mission is the guiding light, while his six principles for success is what allowed him to successfully execute that mission. Anyone can adopt that mission, but the execution, Keller believes, is what has given the restaurant a competitive edge:

Throughout the course, Keller continues to credit much of what he’s learned to his predecessors. In his words, he says he stands on the shoulders of masters: “I’ve always felt that we are a product of those who taught us, who gave us an opportunity, who have given us chances, who’ve inspired us. I stand on the shoulders of countless chefs who came before me.”

Success is built on all the people who came before us who paved the way. The proliferation of information has given us the privilege to be privy to the approaches of so many successful people. Keller’s insights make him a worthy master, a master whose shoulders we’re lucky to stand on.